Black Monday Looms: Chip Kelly Rumored To Be Out, Gary Kubiak May Retire

As per usual, Black Monday looms on the horizon as a slew of NFL head coaches typically get fired following the end of regular season play. We’ve already seen Gus Bradley, Rex Ryan, Jeff Fisher bite the dust during the 2016 season. Now, it appears a few more […] 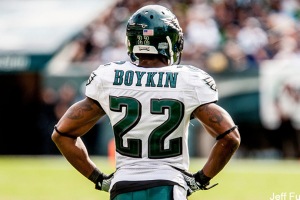 Someone took the time to post a tribute to the Eagles career (and lack thereof) for new Indianapolis Colts running back Frank Gore – who seemingly was destined to head to Philly according to reports on Sunday. The video is a hoot and backed by Sarah McLaughlin’s “I […]