A spirited effort by the New York Jets came up short on Monday night versus the Houston Texans. 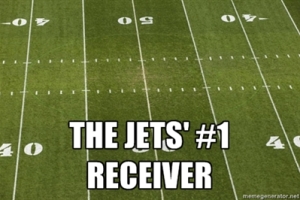 Poll Me: The Jets Are Looking For Help…FROM YOU!

Despite being 2-2, the New York Jets are in shambles after a 34-0 home loss to the San Francisco 49ers on Sunday. Cornerback Darrelle Revis is possibly out for the year with a torn ACL. 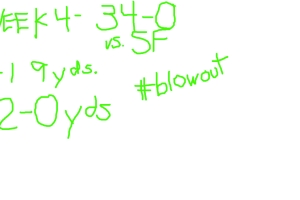 Sorry folks. If his team gets shutout, no Tebowing for you. Instead, you get a white canvas with green paint on it. You know how NBA fans get an Egg McMuffin or something if their team scores over 100 points at home? Well, this is the inverse.

Another week and more useless dribble from the Tim Tebow era in New York. After just touching the ball once during Pittsburgh’s blowout win over the Jets, it didn’t get a lot better yesterday in Miami during New York’s 23-20 victory.

Revis Island Is Closed For 2012; Jets Corner Out For Season With Torn ACL

The glow of a 23-20 overtime win for the New York Jets dimmed quickly upon finding out star cornerback Darrelle Revis will miss the rest of the season with a torn ACL. 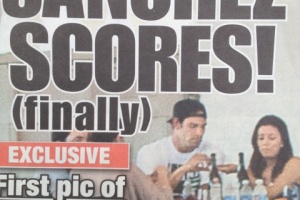 The New York Jets became the first team since the 1977 Atlanta Falcons not to score a touchdown through three preseason games. Not to worry though Jets fans.

Jim Cantore of The Weather Channel did not let Hurricane Isaac stop him from Tebowing yesterday. While the hurricane wreaked havoc in New Orleans during Cantore’s report, he remarked “for whatever it’s worth, I hope I’m making Tebow proud.” Ridiculous. 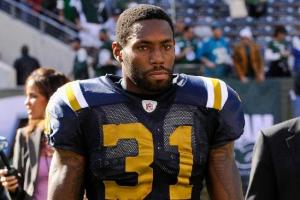 New York Jets cornerback Antonio Cromartie has little regard for most defensive coaches around the NFL including Patriots headmaster Bill Belichick.