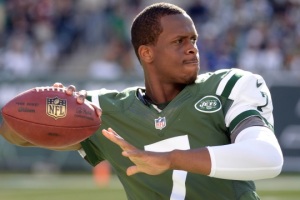 A few eyebrows were raised on Tuesday when Cris Carter stated that Geno Smith getting sucker-punched and suffering a broken jaw was a “lack of leadership” on the part of the New York Jet quarterback. 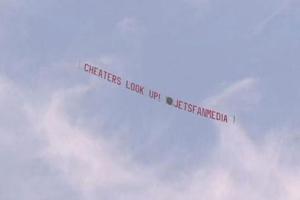 There is no love lost between the New England Patriots and the New York Jets on and off the field. Certainly, that feud extends to fans and reached new heights (literally) during New England’s opening day of training camp in Foxborough. 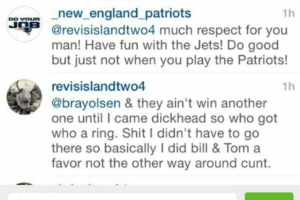 Stop me if you’ve heard this one before… It appears someone has hacked an athlete’s social media account. 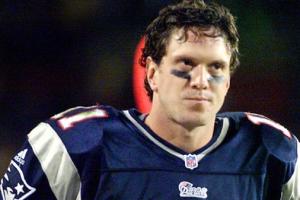 Drew Bledsoe Approves Of Mark Sanchez; Compares Playing For Jets To Being A Virgin

In the hours following Mark Sanchez taking over the reigns for the injured Nick Foles as Philadelphia Eagles quarterback, former Patriots signal-caller Drew Bledsoe made a bizarre comparison while taking a shot at the Jets. 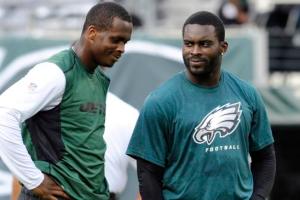 Michael Vick Is Taking Credit For Creating The Rushing Quarterback

For a guy who may very well be in the twilight of his career as an NFL quarterback, Michael Vick is awfully chatty. The New York Jets quarterback told media yesterday that he started the trend of rushing quarterbacks and is essentially the man responsible for today’s mobile […]

The New York Jets pulled to within a game of the first-place Patriots after defeating New England 30-27 in overtime on Sunday thanks to a bizarre, new rule. Jets kicker Nick Folk kicked a 56-yard field goal in overtime that sailed wide. However, the Jets received a last-second […]

New England Patriots rookie defensive back Logan Ryan returned a Geno Smith interception 79 yards for a touchdown…and then grabbed his crotch heading into the end-zone. The Rutgers product will probably receive a fine this week from the NFL at some point for his ode to Marshawn Lynch.

Nearly one year removed from the iconic Buttfumble by Mark Sanchez, another Jets quarterback provided a sequel on Sunday. Jets rookie quarterback Geno Smith coughed it up in Tennessee during the fourth quarter, with an assist to his rear-end. 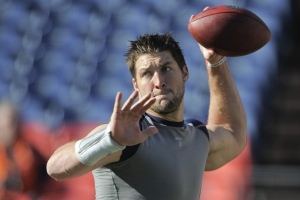 America’s favorite third-string quarterback is currently unemployed and NFL.com seems determined to draw pageviews from Tim Tebow’s misfortune. Soon after Tebow was released by the Jets earlier this week, NFL.com released “Tebow Tracker,” a way to follow what teams may or may not be interested in the former […] 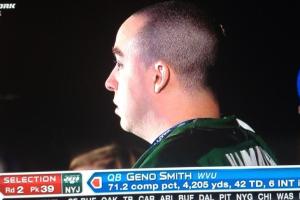