The JMRA Football Podcast is back with part two of our look at the Top 10 Teams of the Super Bowl Era.

The Green Bay Packers are heading to playoffs after Aaron Rodgers made his triumphant return in a 33-28 win over the Chicago Bears at Soldier Field. The go-ahead score came with 38 seconds left when Rodgers found a wide-open Randall Cobb for a 48-yard touchdown catch.

Minnesota’s Cordarrelle Patterson scored on a 33-yard touchdown run against the Chicago Bears on Sunday. Then, Patterson attempted to fraternize with an official following the score and originally was dissed by the official, who clearly didn’t want to show favoritism.

The New York Giants are 0-6 after tonight’s 27-21 loss to the Chicago Bears. Godspeed, New York/New Jersey.

The Pittsburgh Steelers continued their freefall from the NFL’s elite last night in a 40-23 drubbing at the hands of the Chicago Bears. Prior to the game, Bears superfan Ashton Kutcher and girlfriend Mila Kunis decided to photobomb a picture featuring Steelers chairman Dan Rooney.

After the NFL’s passing outburst over the first two weeks of the season, defenses somewhat restored order. It appeared Week 3 would mark the first time this season that no quarterback hit the 400-yard barrier. Yet, Ben Roethlisberger decided to mess up that statistical note by throwing for […]

Jay Cutler Drops It Low On The Steelers

Remember when Jay Cutler’s toughness was questioned during the 2010 NFC Championship game against the Packers? A different Cutler is in Chicago at the moment. He ran over unsuspecting Steelers defensive back William Golden to help stifle Steeler second-half momentum. 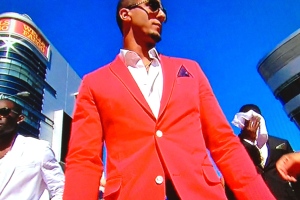 Matt Forte Is Saving His Money For The New “Crown” Rule

Guess I'll get my fine money ready #loweringtheboomfund — Matt Forte (@MattForte22) March 20, 2013 Chicago Bears running back Matt Forte is ready to build a “lower the boom fund” upon hearing about the new rule which appears to give defenders a slight break. Effective this season, runners […] 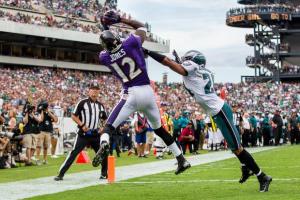 We interrupt Ray Rice falling off of a parade float and the rest of the world champion Baltimore Ravens partying like Pitbull to bring you news on loathsome Jay Cutler. Earlier this week, Cutler was voted as one of the most disliked athlete in sports, which is somewhat […]