After a 16-year career, New York Giants quarterback and funnyman Eli Manning will announce his retirement from the NFL on Friday.

After beginning the 2018 JMRA Quarterback Draft with the Cleveland Browns, it’s time to pay a visit to another historic NFL franchise.

With the NFL playoffs down to just four teams it looks as if any way you cut it we’re in for a fantastic finish. There is no clear favorite among the Giants, 49ers, Patriots and Ravens, which means it’s definitely time to head to satellitetvfamily.com to make sure […]

As Championship Sunday looms, it’s time to take a sneak peak at the possible fun that lurks on Super Bowl Sunday.

Since 17 is an odd number, the NFL has slightly nudged past the halfway marker in regular season action. Week 9 promises a few notable contests including what is now deemed as “the best rivalry in football.” 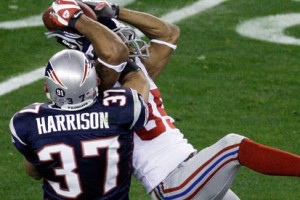 From now until the end of sports or whenever the next proposed Rapture occurs, the image of David Tyree’s tide-turning “Helmet Catch” during Super Bowl XLII will likely find its way into your home. The same man who helped take down the previously unbeaten New England Patriots in […]