Stevie Johnson Is Pro-Nuclear Weapon Only If It Hits Foxborough

War is nothing to be played with. I apologize North Korea……..but if y'all do bomb 1st… Bomb Foxboro, Mass. Sincerely,#BillsMafia — Stevie Johnson (@StevieJohnson13) April 3, 2013 Buffalo Bills receiver Stevie Johnson’s road to an NFL postseason will be greatly compromised until the New England Patriots decide to […] 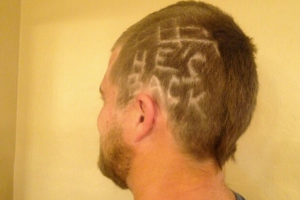 Sometimes in life, a picture can tell us so many things. Take for instance this picture of Buffalo Bills quarterback Ryan Fitzpatrick from earlier today.

During Buffalo’s 28-24 loss to the Jets on Sunday, Bills wide receiver Stevie Johnson caught a touchdown pass and then decided it was a fine idea to mock Santonio Holmes and the Plaxico Burress shooting. After the absurd celebration, Johnson was flagged for unsportsmanlike conduct, which promptly led […]

Stevie Johnson Says He Did Not Blame God For Drop

http://twitter.com/#!/StevieJohnson13/status/9369732201320448 Here is Stevie Johnson’s rebuttal regarding his tweet from yesterday, where it was presumed that he faulted God for his overtime mishap versus Pittsburgh on Sunday. Meanwhile, ESPN analyst Cris Carter blamed TV appearances Johnson made last week for his lack of hands.