Adele informed concertgoers on Saturday night that she had been asked by the NFL to perform at halftime of Super Bowl LI in Houston next February but declined.

NFL Figures Out & About At Grammys

Plenty of NFL faces got a chance to check out Taylor Swift subtweet Kanye West, Kendrick Lamar’s explosive performance, and the rest of the music world at the 58th annual Grammys on Monday night.

Cam Newton Is Not Up On Taylor Swift’s Dating Status 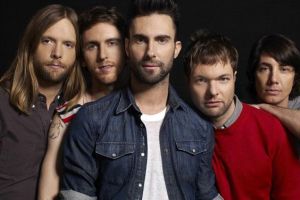 Several weeks after reports surfaced that the NFL was looking into bringing Bruno Mars back for another Super Bowl halftime appearance, a new act has emerged as a leading contender. Maroon 5 is a lead candidate to perform at halftime of Super Bowl 50 in Santa Clara come […]

When it comes to the Seattle Seahawks, If we have learned anything from the past month it seems that they are more than ready to move on from the cataclysmic ending of their reign Super Bowl champions.

New England Patriots owner Robert Kraft made the rounds at his Super Bowl ring party on Sunday night including a visit with rapper Wiz Khalifa. An AEI study debunks Deflategate.

During her Super Bowl halftime show press conference on Thursday, Katy Perry previewed her upcoming performance on Sunday and showed that she was up on her NFL current events. Soon after the press conference began, Perry mentioned that nothing in her performance will be deflated – a somewhat […]

While some pundits among the national talking heads like NFL Network’s Steve Mariucci believe Andy Reid is still a very good head coach, Eagles fans are singing a different tune…literally.