We’ve reached nominee four in our set of 20 that are eligible for the JMRA Hall of Fame. The five biggest vote getters will be inducted into the Hall along with the Editor’s Choice award winner. The JMRA Hall of Fame honors contributors to the National Football League; […] 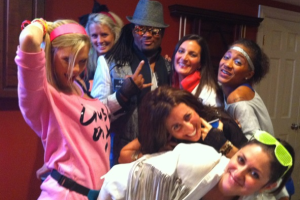 Who says the Cleveland Browns aren’t fun? This pic comes via the Twitter account of Cleveland’s all-purpose phenom Joshua Cribbs. He recently attended an 80s party hosted by teammate Joe Thomas. From this picture, it’s rather unclear what Cribbs was aiming for here. Regardless of the thought process, […]