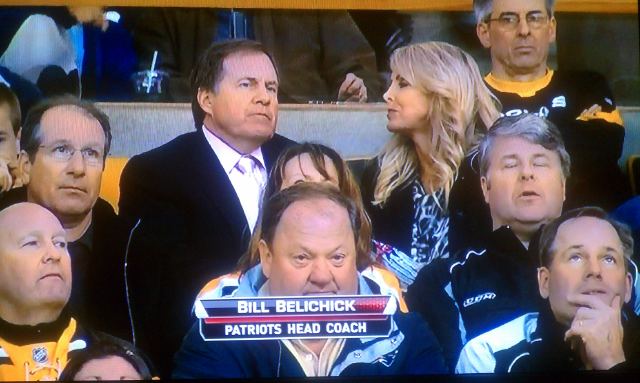 The normally low-key Belichick celebrated the moment by whipping a towel around that reportedly put the crowd in a frenzy.

Linda Holliday, Belichick’s girlfriend, prompted this tweet from a fan who caught a glimpse of her:

They aren’t married yet fella but message received.