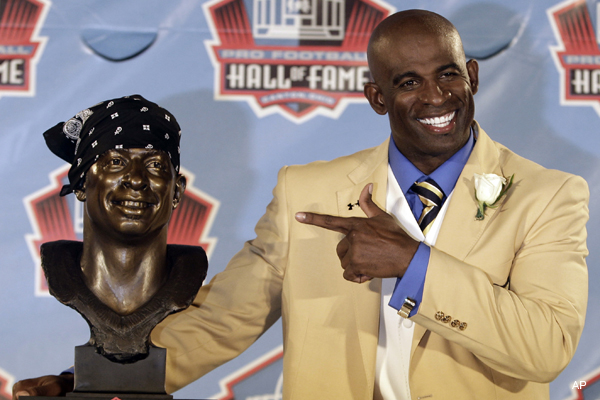 Albert Haynesworth is not practicing.

Rex Ryan wishes nothing but the worst for New England Patriot and former Jet Shaun Ellis.

Kevin Durant “catching fire in Harlem” at Rucker Park is one of my favorite news stories of the year.

Cortland Finnegan returned to camp after leaving because of a personal matter not because he wanted a new contract…so he says.

Check out John Madden’s home in New York that is up for sale.

The Phillies and Giants got into a “fight” on Friday night. That is of course you assume fighting involves a bunch of millionaires pushing each other.

Here is a look at ESPN’s total quarterback rating…I understand it but became frustrated after seeing the phrase “win probability”.

Before everyone buys those Eagles Super Bowl tickets, first-year defensive coordinator Juan Castillo will be calling his game ever on Thursday when the Ravens visit the Birds.

What happens when Michelle Beadle, Aaron Rodgers, and Clay Matthews end up in a story together?

Someone thinks that Shark Week sucks.

In case you were confused, Peyton Manning is rich.