Perhaps showing a sense of timing and opportunism, former wide receiver Randy Moss discussed a potential comeback to the NFL on Sunday night.

Randy Moss Will Not Go Quietly Into The Night

Wished we could've finished the job!!thanks for the opportunity an good luck in the future 9ers — Randy Moss (@RandyMoss) March 3, 2013 Randy Moss appears to be on the way out of San Francisco based off of a tweet on Saturday. However, the ex-Viking, Raider, Patriot, Titan, […]

During a segment on Sirius XM NFL Radio, Rich Gannon talked about a conversation he had with 49ers head coach Jim Harbaugh. The excitable leader of the Niners told Gannon that Randy Moss is “our best receiver right now.”

BOOM: Randy Moss Signs A One-Year Deal With The 49ers

https://twitter.com/#!/NinersNation/status/179410513699160064 Randy Moss has agreed to a one-year contract with the San Francisco 49ers, where he’ll attempt to revive his Hall of Fame-bound career after sitting out the entire 2011 NFL season. The 35-year-old Moss announced his retirement last summer and appeared to be content but cited a […]

http://twitter.com/#!/wwltvsports/status/112670616796143616 Saints receiver Marques Colston broke his collarbone on Thursday night in the loss to Green Bay and is likely out at least four weeks. Not only is Colston out but fellow receiver Lance Moore missed Thursday with a groin injury and is still on the mend. Thus, […] 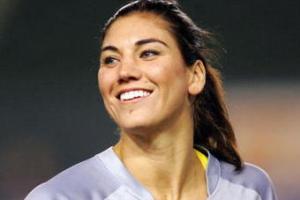 Randy Moss To The Jets?

Mike Florio of ProFootballTalk.com is reporting that the New York Jets may still have some interest in Tennessee Titans wide receiver Randy Moss. You know the drill at this point. The lockout prevents such transactions from taking place. However, it certainly does not rule out speculation.

Randy Moss is out in Tennessee…Perhaps San Diego is sensing the departure of Vincent Jackson? They are inquiring about Steve Smith…Another player makes a slave reference towards the lockout…I really want to like the Tampa Bay Bucs, but they keep getting players arrested.