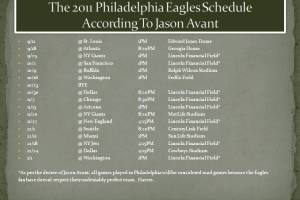 Philadelphia’s Jason Avant is making waves over controversial comments regarding Eagles fans and their lack of loyalty. After Sunday night’s 34-7 trouncing of the Dallas Cowboys, Avant told Philly media that Eagles fans are treated with as much regard as opposing fans in another stadium. “We look at […]