https://twitter.com/#!/ShooterMcGavin_/status/181896343961350144 The Denver Broncos offer the most logical fit for the man who reportedly is going to be their next quarterback – Peyton Manning. Remember, most logical fit doesn’t necessarily mean best fit. Arguably, the San Francisco 49ers (and Houston Texans, if you really wanted to stretch out […] 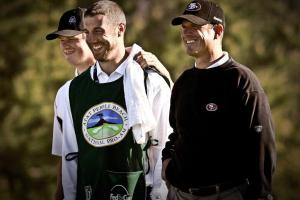 Alex Smith May Be Latest Roadkill In Peyton Manning Saga

Peyton Manning will reportedly make a decision regarding his future this week and one interested spectator will be free agent quarterback Alex Smith. After leading the 49ers to the NFC title game last season, Smith rejected a three-year, $24 million contract to remain San Francisco’s starting quarterback and […]