Poll Me: How Many Games Will Peyton Manning & The Denver Broncos Win In 2012?

Peyton Manning will make the Denver Broncos an AFC contender in the preseason hype publications that will start to filter out onto newsstands soon after April’s draft. 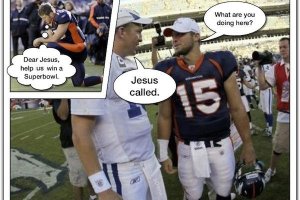 Ok. I chuckled a little bit.

It was a busy day for World Wrestling Entertainment on Monday with the company in Philadelphia for their flagship program Monday Night Raw. The Rock, who is preparing to face frustrated rapper and former WWE champ John Cena at Wrestlemania 28 in Miami on April 1, stopped by […]