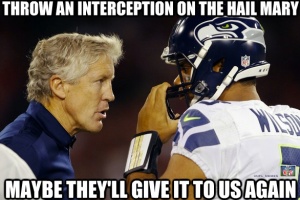 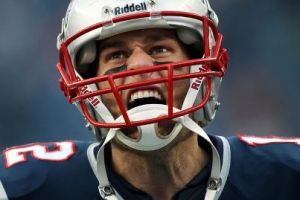 New England’s 41-28 win over the Houston Texans on Sunday in the AFC Divisional round pushed Tom Brady into the record books. The victory gave Brady his 17th playoff victory, which makes him the winningest postseason quarterback in NFL history.

New England’s Rob Gronkowski is out for the playoffs. 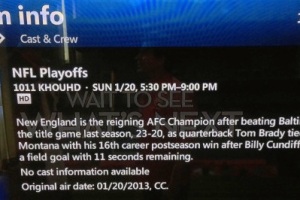 The New England Patriots host the Houston Texans later today in the final game of the AFC Divisional round. However, that hasn’t stopped some from looking ahead to next week’s AFC title game. 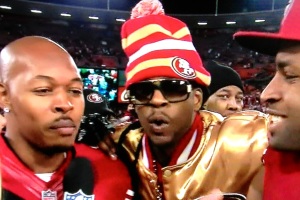 Moments after Colin Kaepernick finished gaining 444 yards of total offense (263 passing, 181 rushing) in a 45-31 whipping of the Green Bay Packers in the NFC Divisional playoffs on Saturday night, rapper 2 Chainz made himself a part of the festivities. Perhaps thrilled at the 49ers victory […] 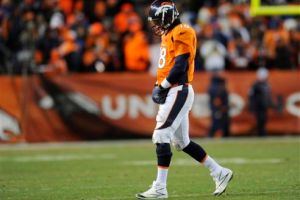 One year ago, the football lords turned Baltimore Ravens radio play-by-play announcer Gerry Sandusky into the saddest man on the planet after kicker Billy Cundiff missed a game-tying field goal with seconds left in the AFC title game. Sandusky belted a different tune on Saturday during Baltimore’s incredible […]