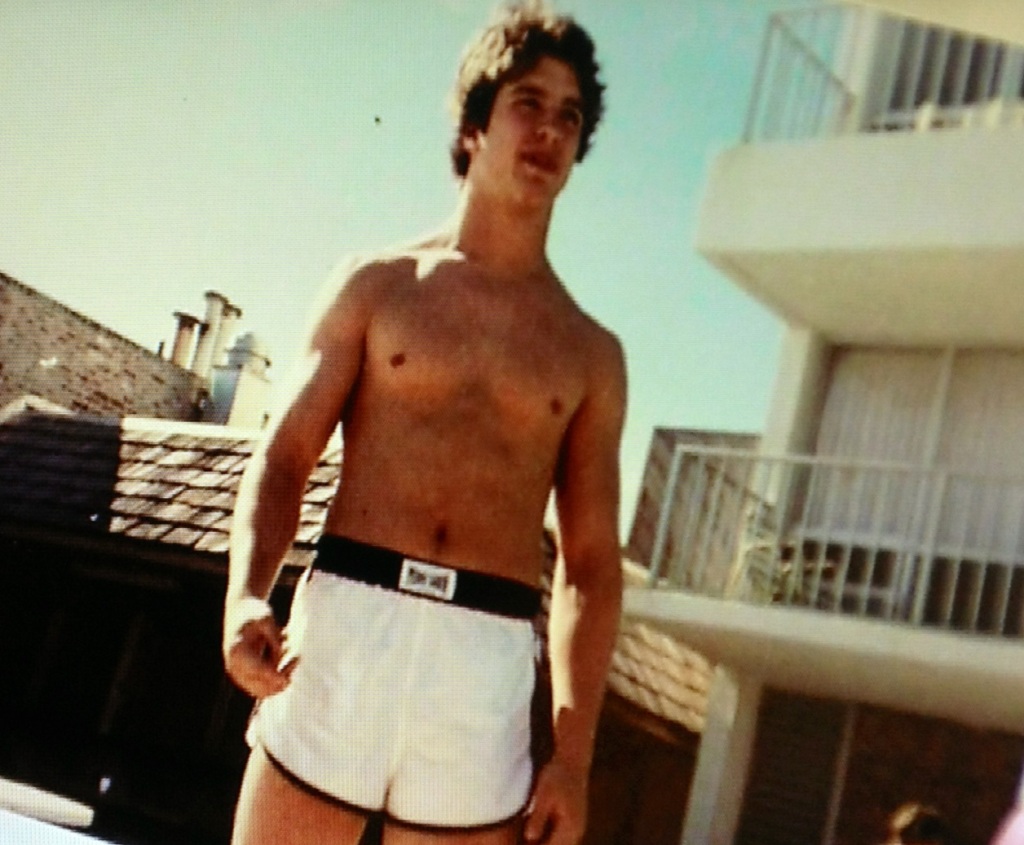 A photo of a disco-era and trim John Harbaugh appeared on NFL Network’s Super Bowl preview program on Sunday during a tale about the relationship between Minnick and Harbaugh families.

According to the Minnick family, who spent plenty of time with the Harbaughs back in their childhood days, the above photo was taken during a trip to Jacksonville, Florida for the 1979 Gator Bowl between Michigan and North Carolina.

Harbaugh looks like he is set to battle Ray “Boom Boom” Mancini for the lightweight title.

Perhaps he’ll square up baby brother Jim at midfield after the game on Sunday night.