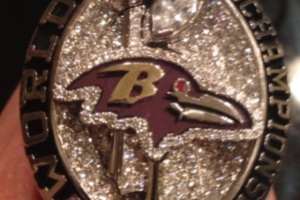 Per Adam Schefter, here is your first glimpse at the spoils of victory. 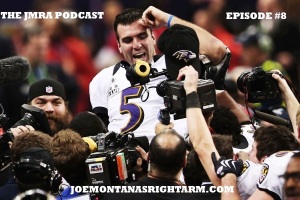 The final angst-filled edition of The JMRA Podcast is up to recap Super Bowl XLVII between the Ravens and 49ers. 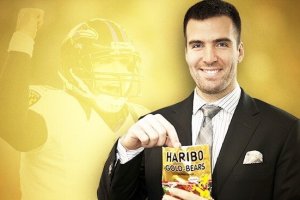 Joe Flacco, graduate of Game Manager University and Baltimore Ravens quarterback is now a Super Bowl champion and Super Bowl MVP after one of the great postseason runs in recent memory. Flacco finished the postseason with 11 touchdowns and zero interceptions while going through one of the more […] 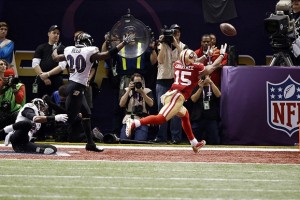 There will be a podcast on Sunday’s festivities coming up late Monday night but I wanted to cover a few things regarding last night’s game before the day gets rolling.

The Ravens were backed by an MVP performance by Joe Flacco in their Super Bowl XLVII win over the San Francisco 49ers on Sunday night. Ravens wide receiver/kick returner Jacoby Jones had a large say in the evening’s events as well.

The Hay Is In The Barn; Ravens Win Super Bowl XLVII

The Baltimore Ravens defeated the San Francisco 49ers to win Super Bowl XLVII, 34-31, in one of the most bizarre big games in league history. Joe Flacco threw for 287 yards and three touchdowns to earn the game’s MVP award. The University of Delaware product tied a postseason […] 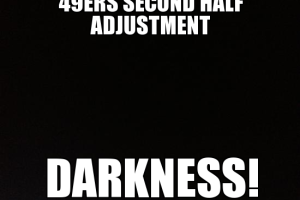 A power outage in the Superdome has delayed Super Bowl XLVII between the Ravens and 49ers during the third quarter. A league spokesperson informed CBS that something happened to an outside power source that caused the outage. 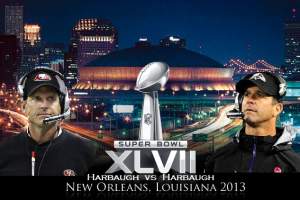 The two guys who are siblings battle it out for the Vince Lombardi Trophy. Who is up for awkward family dinners? 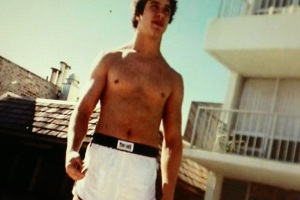 A photo of a disco-era and trim John Harbaugh appeared on NFL Network’s Super Bowl preview program on Sunday during a tale about the relationship between Minnick and Harbaugh families. According to the Minnick family, who spent plenty of time with the Harbaughs back in their childhood days, […]

Denver Mayor Michael Hancock had to pay off a bet after the Broncos lost to Baltimore in the AFC playoffs back on January 12. Due to the Denver loss, Hancock recently performed the infamous Ray Lewis shuffle to pay off the wager.