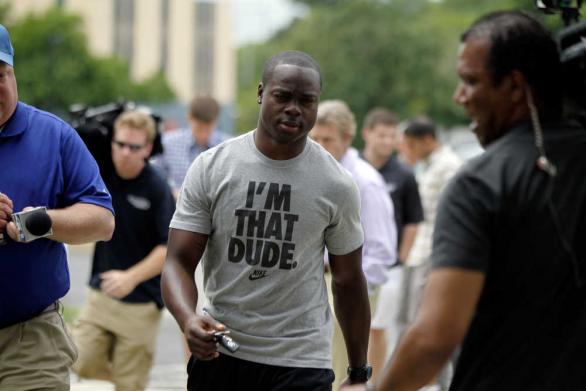 Before folks start going into stealth mode for fantasy football drafts throughout the country, reality gave people a nice big, fat slap in the face over the weekend with some rather notable injuries.

Pitta, who developed into a rising star last season, was expected to take on an increased role in Baltimore’s offense thanks to departing wide receiver Anquan Boldin.

Soon after Pitta’s injury, the Ravens signed Visanthe Shiancoe to a one-year deal. However, backup Ed Dickson is the guy to watch out for in Baltimore to fill Pitta’s shoes. Despite only catching 21 passes last season, Dickson has vowed to put Pitta on his back.

Keep your eye Riley Cooper as a potential replacement as a fantasy weapon for the Eagles.

Lastly, Broncos center Dan Koppen is out for the season with a torn ACL. Why does this matter to the fantasy hopes for Broncos players?

Koppen replaced JD Walton last season to start 12 games at center for Denver. Walton missed time due to a dislocated ankle and will now miss the 2013 season as well due to the same ailment.

That leaves Manny Ramirez as Denver’s only option at center right now. Ramirez has played 20 games as a Bronco…all at guard.

Thoughts of Denver becoming the Midnight Express of NFL offenses may have to wait until they find a suitable center.