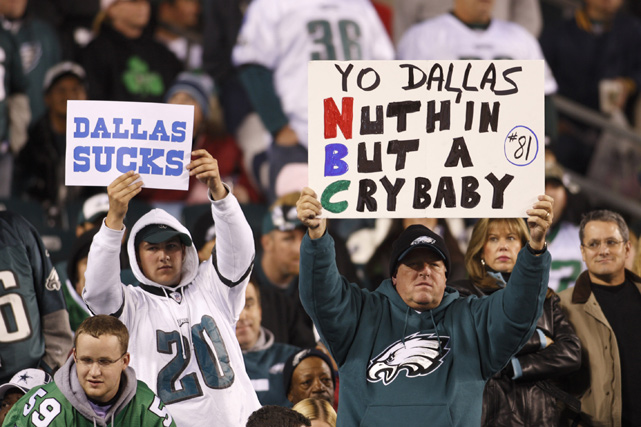 Sports Illustrated is in the midst of releasing a collection of lists saluting the worst things in the NFL.

Philadelphia Eagles fans were named “Most Hated Fanbase” by SI in their look at the league’s worst people, places, and things.

Unfortunately, the write-up on Eagles fan shed very little new information on why they are so hideous to deal with. The same tired narrative comes into play during the explanation.

Yes, they there was a jail put into the basement of Veterans Stadium.

Yes, they got on Michael Irvin’s case and cheered when he suffered a career-ending neck injury during the final game of his career at the Vet.

Maybe the SI staff lumped in Bradley Cooper’s fight scene from Silver Linings Playbook? If so, that’s not fair. Cooper’s family with Robert DeNiro as his Dad made Jennifer Lawrence’s character (Tiffany) look like a lunch lady at times.

If you’re going to call Eagles fans the worst, at least show some new evidence.