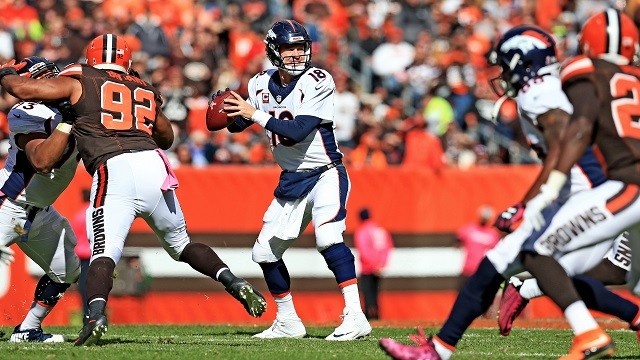 The Denver Broncos and Cleveland Browns played in one of the young season’s most bizarre games on Sunday that featured some dreadful throws from Peyton Manning.

Denver survived Manning’s three interceptions to win 26-23 in overtime and as a result, Peyton received some pointed criticism. Such vitriol was not appreciated by Broncos running back Ronnie Hillman, who took to Twitter to express his frustration with the critics:

Ya need to get off Peyton that's our QB bottom line .You fake fans don't say anything when he is winning us the game smh

Good for Hillman. Clearly, he wants to defend his dude.

However, the critics will continue to Manning on blast as long as he does this:

The Sheriff needs to play better if Denver wants to go to the Super Bowl.