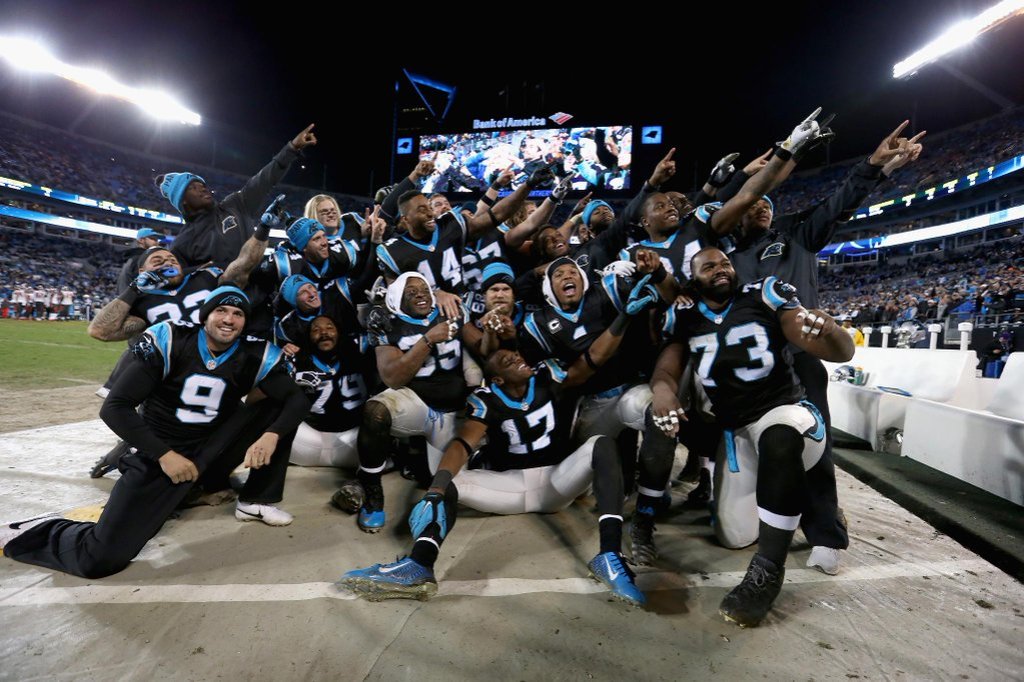 Paging Mr. Lombardi will be a look at the teams that will vie for the Vince Lombardi Trophy beginning on Saturday.

Best Moment of the Season: With all due respect to their victory in Seattle, I’m going in another direction here. Incredibly, the lowly Dallas Cowboys, with then-injured Tony Romo back under center were favored to beat the Carolina Panthers on Thanksgiving Day. The Panthers responded by bashing Dallas 33-14 in front of the nation.

The top moment came after a Cam Newton score. Instead of doing his usual Superman rubbish, he decided to turn back the clock with a dance move that included the twist.

Why this team will go to the Super Bowl: Carolina is the proud possessor of the potential league MVP Cam Newton. However, there are plenty of weapons to go around. Assuming running back Jonathan Stewart comes back healthy and mixed with Newton’s running prowess, the Panthers have a formidable rushing attack. Also, they have a passing attack with Greg Olson that can move the sticks. Defensively, the Panthers ranked sixth in total defense and according to Pro Football Focus put together the league’s best pass coverage unit, which could be a significant considering potential landmines on the road to the Super Bowl.

Why this team will not go to the Super Bowl: It could be argued that of the top four seeds remaining by record (Carolina, Arizona, Denver, New England), Carolina’s road to the Vince Lombardi Trophy could be the most treacherous. In order to win the organization’s first Vince Lombardi Trophy, the Panthers may need to overcome the two-time defending NFC champs (Seattle), arguably the NFL’s best team (Arizona), and whatever the AFC spits out (a beaten up or possibly fresher Patriots team or a bruising Broncos defense with game manager deluxe Peyton Manning).

Oh, and I’m definitely about this dude dropping a big pass:

Deion Sanders said on NFL Network that he’d have to think about dropping a child from a burning building into hands of Ted Ginn Jr. Hmmm…

Why you should root for this team: How could anyone dislike “Riverboat Ron”? Cam Newton has been really, really, really, really good this year. Carolina’s defense is no joke. I’m on Team Norman after this display by Odell Beckham during the regular season.

Why you should hate this team: The Panthers’ black bat waving (albeit retired), bulling ways. The Dab dance.

Arguably, the best NBA player on the planet at the moment, Curry’s strong Carolina roots (went to college at Davidson; father Del played for Charlotte Hornets) led him to becoming a Panthers fan. Earlier this season, he even banged the “Keep Pounding” drum during a home game.

Outlook: Carolina sports the NFL’s best record. However, they got fat off NFC East & AFC South competition (8-0) and played one of the easier schedules in football. To win the Super Bowl, they’ll finally see live ammunition and it will start with Seattle. The Panthers can get to the Super Bowl but not sure they have the playmakers to finish the job.