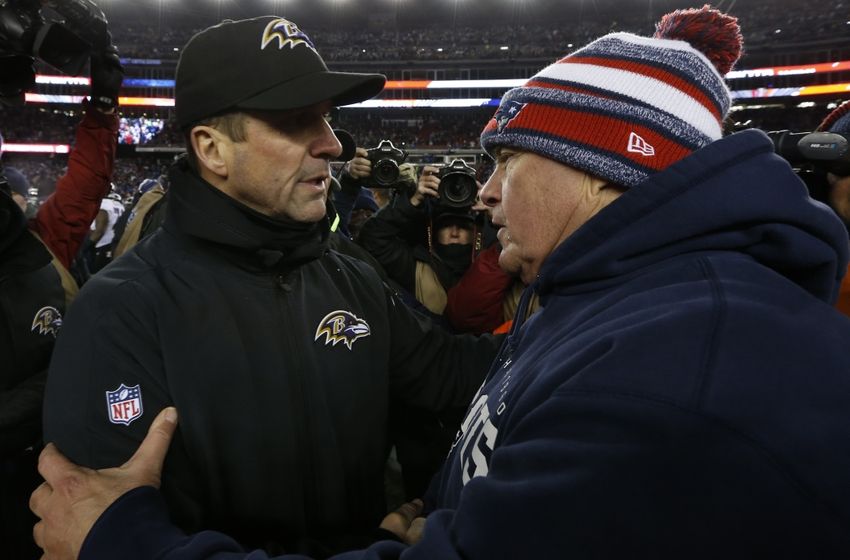 It has been over a year since the Baltimore Ravens blew two 14-point leads to the New England Patriots in the AFC Divisional playoffs.

After making a strange rule proposal on Thursday, it appears they aren’t ready to let go of it just yet.

Since the Ravens were foiled by Bill Belichick’s “Ineligible Receiver Playcalls of Doom”, they are kindly requesting that receivers becoming eligible or ineligible wear jersey vests with the appropriate numbers.

This is why we can’t have nice things. The New England Patriots took full advantage of the rules and now, the Ravens are trying to counter with one of the worst rule ideas of all-time.

The Shield™ will not approve of this.

In related news, the Ravens had one other logical proposal. They want teams to have three challenges and expand reviewable plays.

At least that is logical.