The Super Bowl champion Denver Broncos finally got their individual prize for toppling the rest of the NFL last season…some gaudy and shiny rings.

Of course, the rings did not disappoint. The flashy ring features 194 diamonds and 5.05 carats. Also, the inside of the ring features the winning score of each playoff victory on Denver’s road to a Super Bowl 50 victory. In other words, it’s an awesome ring.

One guy who arguably was the most responsible for Denver ascending to the top of the league was linebacker Von Miller. The Super Bowl 50 MVP gave the world a great look at his newfound bling:

Another fella who was all too happy to grab his latest Super Bowl ring…Peyton Manning: 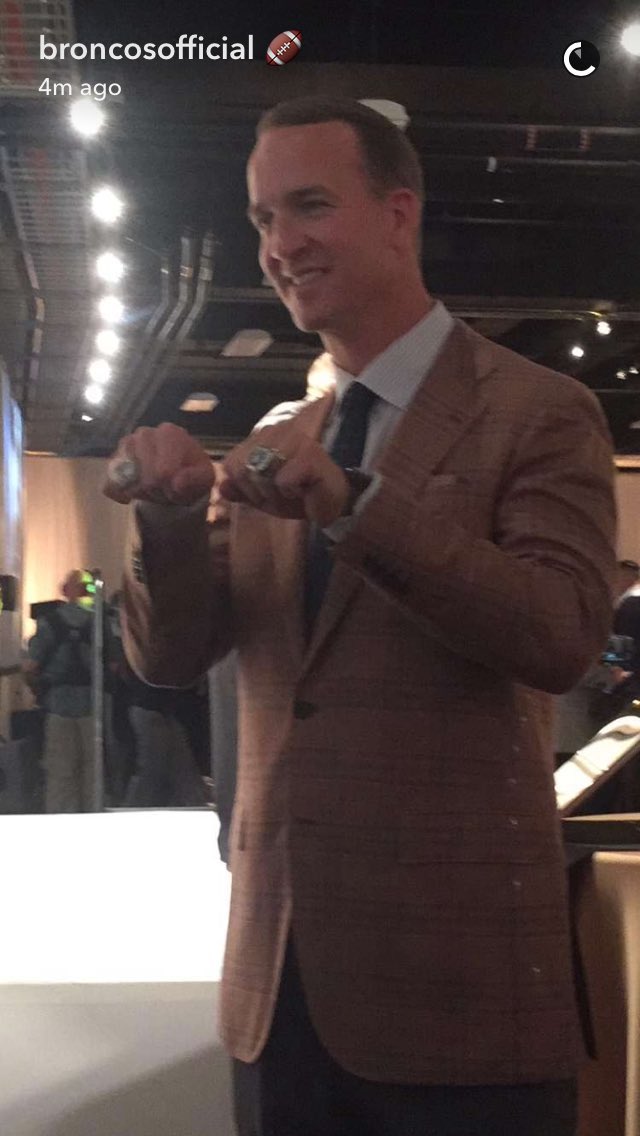 I’m assuming backup quarterback Brock Osweiler was not there. He probably had night practice or something.

Anyway, let’s hope the Broncos enjoy evening and aren’t spending time cropping John Elway out of photos after the party.