The Patriots Humiliate Texans With A Third-String Quarterback 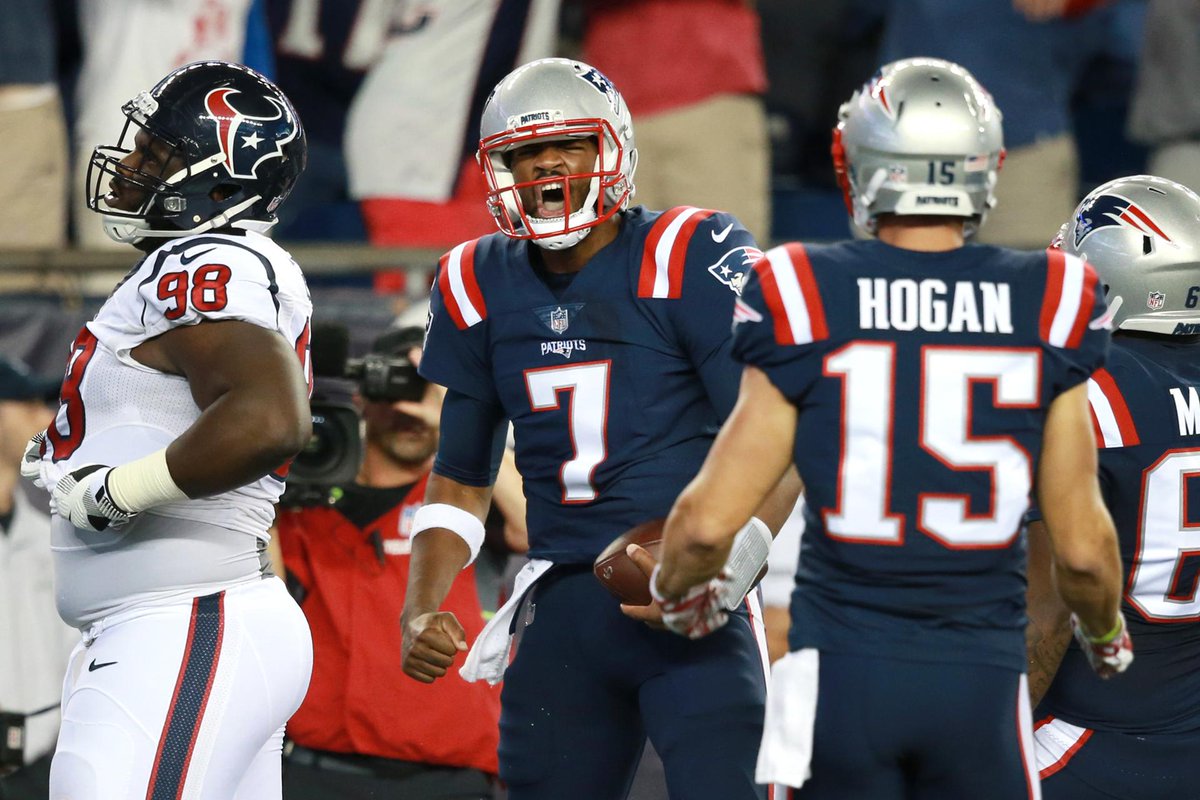 The New England Patriots delivered one of the most humiliating losses in Houston Texans history on Thursday night in a 27-0 beatdown in front of a national TV audience.

Behind third-string quarterback Jacoby Brissett and LeGarrette Blount, the Patriots did more than enough on offense to subdue J.J. Watt and a previously rabid Texans defense.

Meanwhile, New England’s defense pitched its first shutout since 2012. Houston falls from the ranks of the unbeaten and suffered another humbling defeat in Foxborough.

It was a banner night for Patriots head coach Bill Belichick. He improved to 6-0 when starting a rookie quarterback; and tied former Green Bay Packers coach Curly Lambeau for fourth all-time with his 226th win as a head coach.

In related news, Houston’s special teams were an abomination.

In other related news, Tom Brady probably had his feet up at home while downing some avocado ice cream during the game.