Cam Newton Protests In His Own Way Prior To Vikings Game 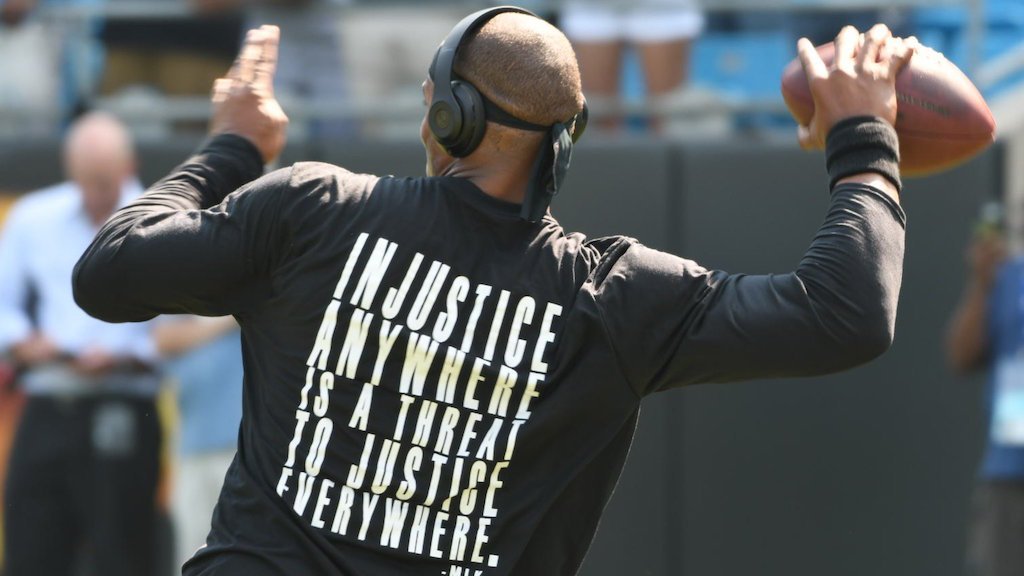 As protests continue on in Charlotte, North Carolina this weekend, Panthers quarterback Cam Newton opted to make his own statement prior to Sunday’s game against the Minnesota Vikings.

Newton wore a t-shirt with a quote from the late Dr. Martin Luther King that read “Injustice Anywhere Is A Threat To Justice Everywhere.”

The 2015 NFL MVP’s actions come on the heels of protests throughout Charlotte following the death of Keith Scott earlier this week.

Scott was shot by Charlotte-Mecklenburg (County) police on Tuesday after a standoff.

Players around the NFL continued to protest on Sunday by raising a fist or kneeling during the National Anthem.