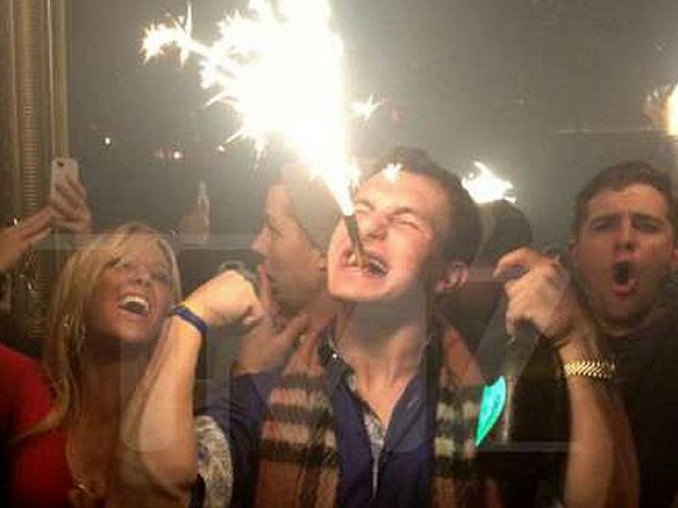 Johnny Manziel promised to start making a comeback (I don’t care either) last week. He said he got lost in the sauce.

Manziel decided to take a night off from “grinding” and is in Foxborough for the AFC Championship tilt between the Patriots and Steelers. Perhaps to cover up his appearance, Manziel is wearing a Patriots hat and a Brady jersey.

According to a report, Manziel is there thanks to Patriots tight end Martellus Bennett, who left him a ticket.

If the Patriots lose the game, Manziel will be somehow blamed for it as a jinx. God’s speed Johnny.