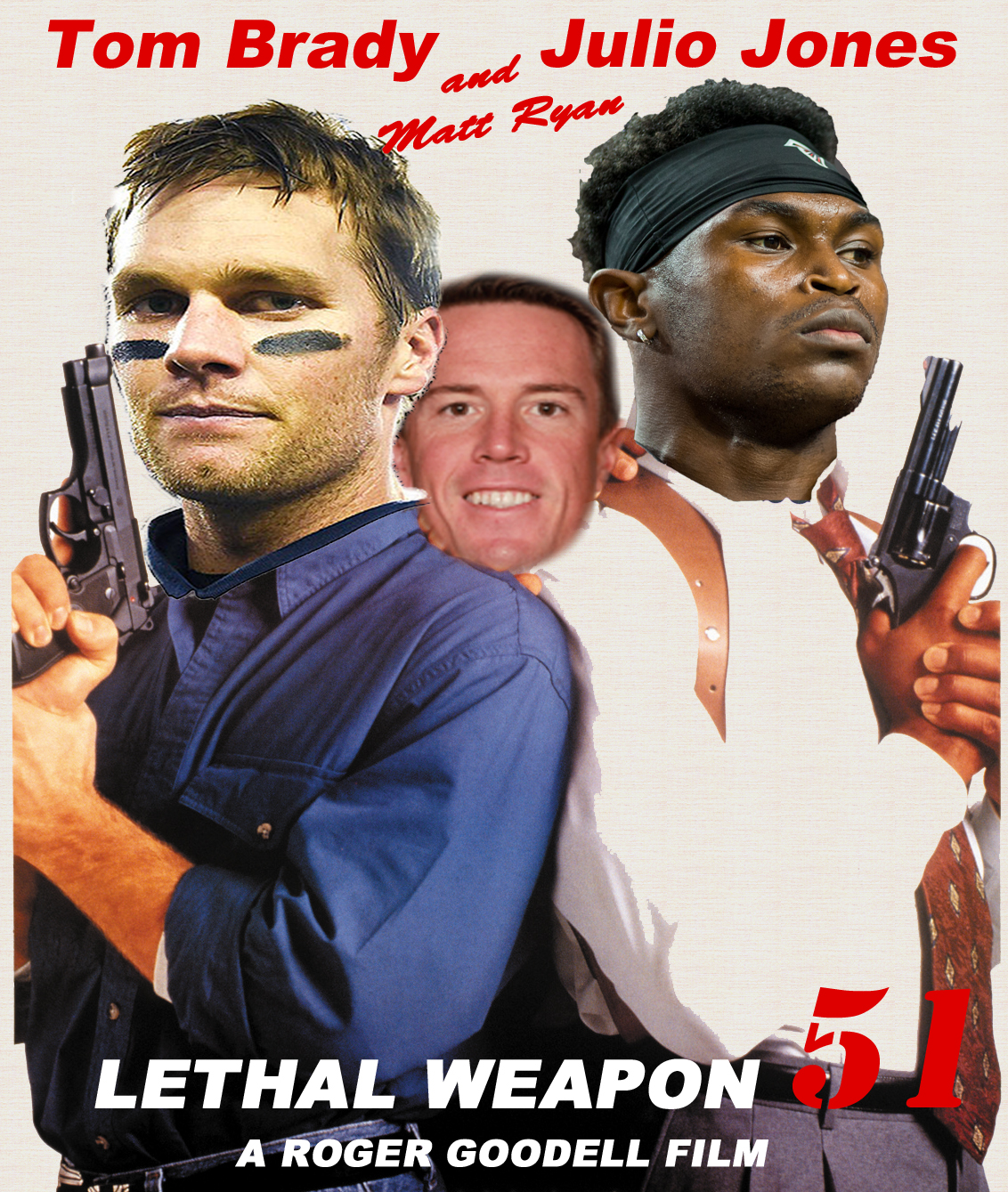 6:24 – Luke Bryan is out for the National Anthem. I can’t name one of his songs. I’m sure he’ll be fine though. He does country.

6:25 – I’m so nervous for Super Bowls. I’m not even playing. Jesus. And I’m eating my feelings. My waistline is going to hate me in the morning.

6:32 – George Herbert Walker Bush is carted in along with former First Lady Barbara Bush for the coin toss.

6:34 – The rolling coin toss of GHWB leads to the Falcons winning the toss and deferring. Using the old New England parlor trick I see. Brady and the Pats are out first.

6:39 – Patriots start with a three and out as the Falcons hold up on 3rd and 1 to stop Blount short on a 3rd and 1 run. Not a great start for the Patriots.

6:44 – Falcons open up with a 37-yard run by Devonta Freeman. However, Trey Flowers comes up with a huge sack on third down to force a punt. I like Atlanta’s attitude early…

6:51 – Patriots roll past midfield after being pinned deep by a tremendous punt.

BRADY TAKES A FIRST DOWN SACK NEAR MIDFIELD. WOOPS.

6:53 – Brady gets sacked again on 3rd and long at midfield. Great stand by the Falcons defense. Three possessions total and three stops. PUNT.

6:59 – Ryan gets sacked on a 3rd and 3 by Alan Branch. Very interesting beginning to this game. One big sparring session.

Through four possessions, the Pats and Falcons have combined for five first downs. Not exactly how it was supposed to go.

7:03 – Lots of passing. Pats using a Madden gameplan here….but no points from anybody through the end of 1.

TIME FOR A QUICK COMMERCIAL FROM OUR SPONSORS….

7:14 – Atlanta is rolling down the field on the Patriots thanks to two catches by Julio Jones and big runs Super Bowl MVP candidate Devonta Freeman. Inside the NE 10…

7:16 – Freeman caps the drive with a touchdown run. He is cutting a rug out there.

The #Patriots haven't trailed in a game in forever.

Patriots are absolutely helpless against the Falcons rushing attack

7:22 – Good tackling by Atlanta’s secondary to thwart a James White catch in the open field. PUNT. We’re not at danger zone time but we’re close.

President Trump just decreed that a wall be built around Tom Brady and the Falcons will pay for it.

7:32 – Shea McClellin hopped the line on the extra point and caused an unsuccessful try…but leaped illegally. BB is not pleased.

7:37 – New England is trying to muster something but too much team speed by Falcons.

7:45 – Robert Alford intercepts Tom Brady and takes it 82 yards for a touchdown. Oh lord. Guess how many times a team has comeback from a 21-point deficit in the Super Bowl?

7:46 – Guess how many times a team has comeback to win a Super Bowl after throwing a pick-six?

8:01 – The Patriots get into Falcons territory but a James White catch near the ATL 5 is called back due to a holding penalty by Martellus Bennett. Have to settle for a murderous field goal.

8:03 – That was an abject failure of a first half for New England. Just rough. Atlanta looks way too fast for them.

8:38 – Patriots force the Falcons to go three and out after Atlanta’s O had to sit for over an hour thanks to the Lady Gaga halftime show. Let’s see if the Patriots can capitalize after a solid punt return by Julian Edelman into Patriots territory.

8:45 – Pats can’t do anything with newfound fortune after Dan Quinn challenges Edelman’s return. A possession that starts at the NE 45 peters out. A punt to start for each team. We’re getting close to critical mass for the Patriots.

9:01 – Patriots football and Josh McDaniels a candidate for worst call of the year. They dial up the old wide receiver pass from Julian Edelman to Dion Lewis…on 3rd and 3. Incomplete. They convert on a fourth down to continue the drive.

9:18 – A New England onside kick is recovered by Atlanta, which causes Belichick to drop a “GD” on TV. It’s been that kind of night. Luckily for him, the Patriots sack Ryan again on third down to force a punt to end of the third quarter.

9:35 – Falcons get the ball back after New England opts not to go for an outside kick. Not good. Just over 9 minutes left….

9:42 – New England finally does something major on defense. Donta Hightower sacks Matt Ryan and forces a fumble in Atlanta territory. The Pats take advantage with a Brady to Amendola TD. James White scores on a two-point play with just under six minutes left….Oh lord.

9:51 – A lot of credit here to Atlanta. They are trying to make plays and lose the game simultaneously. Julio Jones makes a circus catch to seemingly put the game away but a sack and a holding penalties kills the drive. It’s 4th and 33 from the NE 45. PUNT. 3:38 left.

9:59 – Julian Edelman may have just made one of the great catches in NFL history. It’s under review…

10:12 – Atlanta is putting together a candidate for one of the worst quarters in Super Bowl history.

10:14 – FOR THE FIRST TIME IN SUPER BOWL HISTORY….WE’RE GOING TO OVERTIME.

10:17 – Patriots have won the coin toss…Remember, if they score a touchdown, it’s over.