IT. IS. TIME. The Super Bowl LI Live Blog is here: 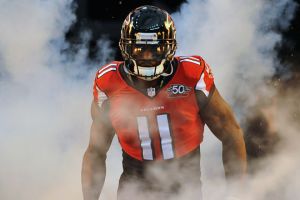 We are one day away from the Super Bowl and of course, that means live blogging action on Super Sunday.

9:10PM- Good to see that this game is spiraling out of control. Another Arizona penalty puts the Cardinals into a 3rd and 13 situation. Warner then proceeds to throw six yards short to Hightower, which is incomplete. Bad officiating, no deep balls. Great. Game ovvve…well not yet. 9:16PM- […]

8:35PM- Well, geez. Ending Arizona’s first drive was a ridiculous call by Terry McAulay, who seemed as if someone was asking him a Trigonometry question when he tried to make a call there. Warner clearly tried to throw the ball but McAulay says Steeler ball. It’s thankfully reversed […]

7:09PM- If you had Gary Russell not scoring in a prop bet…YOU LOSE! He goes in from one yard out. Well, can’t say that I’m all that surprised. When the Cards don’t force turnovers and aren’t playing Jake Delhomme they’ve been relatively ordinairy in the playoffs. They have […]

6:31PM- Gary Russell, who is a part of numerous prop bets, returns the opening kick and we’re off!! 6:43PM – Oooh. The Wiz challenges a Ben TD run and WINS! After running over the Cardinals D in the opening drive, a disappointing way to the cap the drive […]

6:09PM – It’s Al, John and the rest of our somewhat subdued rowdy friends on NBC for Super Bowl XLIII live from Tampa. The AFC Champion Steelers enter to “Right Here, Right Now” by Fatboy Slim. If history says anything, it’s an ominous sign. The 2001 Sixers used […]