For a time on Thursday, if someone did a Google search for “who is the New York Jets owner?”, a picture of Tom Brady dutifully popped up suggesting the five-time Super Bowl winner was the actual owner. 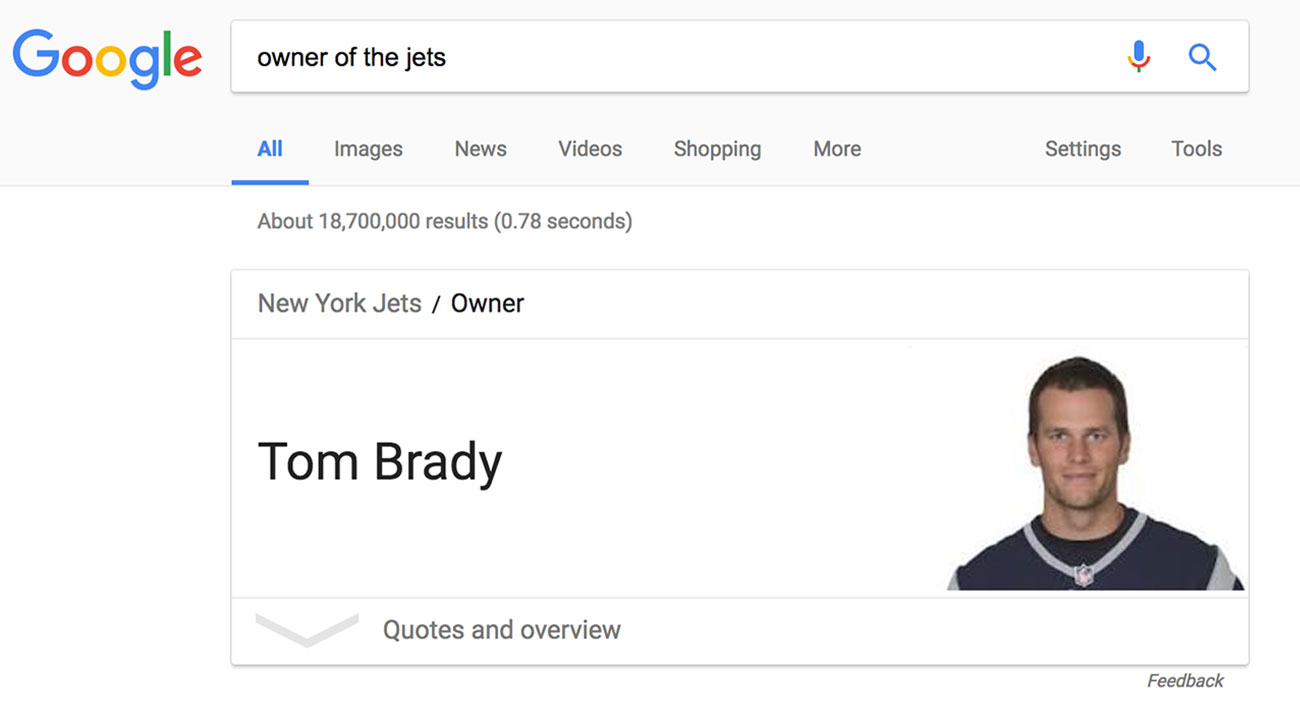 Of course, the actual Jets owner is Woody Johnson. However, when a search was performed, the link for Johnson’s Wikipedia page would below Brady’s owner listing.

Unfortunately for Patriots fans, the glitch was eventually fixed by Google, who was radio silent on the matter.

Clearly, we’re at a point in American history where hacking isn’t exactly considered funny. This is funny though.

For the record, Brady sports a 24-8 record all-time against the Jets including the playoffs. So, in a way, he kind of, sort of owns the Jets, right?