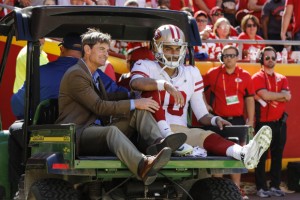 The San Francisco 49ers confirmed their worst fears on Monday. Quarterback Jimmy Garoppolo will miss the rest of the 2018 season with a torn ACL. While many 49ers fans are disappointed, one person doesn’t appear to be shedding any tears. 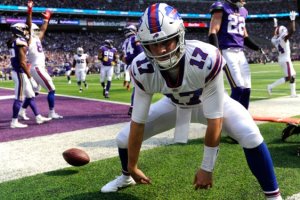 Derek Jones recaps a wild Week 3 that included the Bills shocking the Vikings; a lackluster effort by the Patriots in Detroit; a crippling injury for the 49ers; and the triumphant return for Carson Wentz.

The Week 2 review is upon us after an action-packed Monday that included Carson Wentz’s official return date; the Patriots trading for Josh Gordon; and a kicker purge.

Minnesota Vikings kicker Daniel Carlson might be Public Enemy #1 with Vikes fans for the next few weeks after he missed three field goals including two potential game-winners against the Green Bay Packers in a 29-29 tie.

One of the most bizarre and incredible stories in recent NFL history unfolded in Orchard Park, New York on Sunday when Buffalo Bills cornerback Vontae Davis retired during halftime of a 31-20 loss to the Los Angeles Chargers. 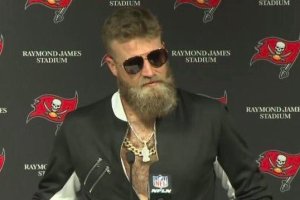 Through the NFL season’s first two weeks, Tampa Bay Buccaneers quarterback Ryan Fitzpatrick is on fire on the field. Now, following Sunday’s he is dripping with swag as the kids like to say.

The NFL regular season is finally here! Derek Jones brings you another edition of The JMRA Football Podcast to recap the first Sunday of the 99th NFL season.