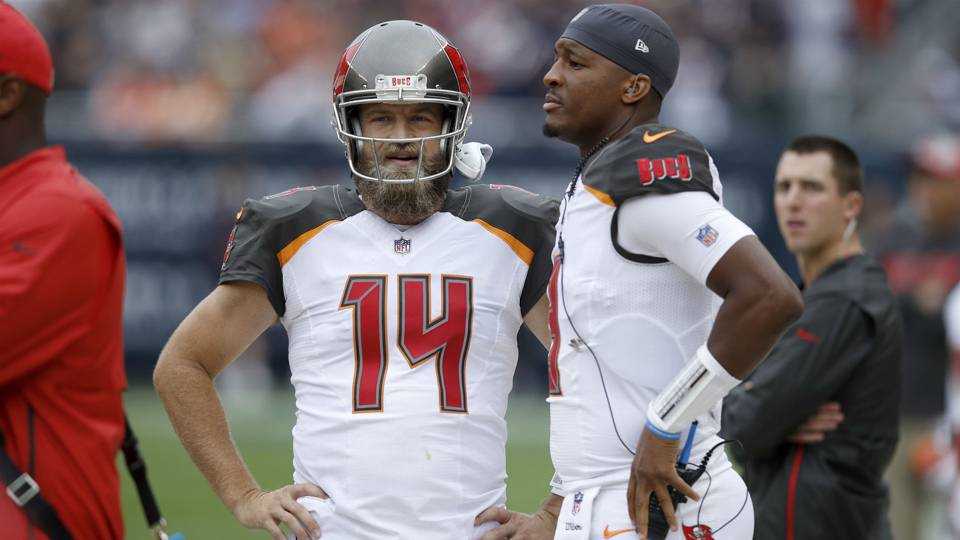 Trubisky’s career game (along with Khalil Mack and a surging Bears defense) may have expedited the conclusion to Ryan Fitzpatrick’s run as starting quarterback in Tampa.

Jameis Winston, who returned from a three-game suspension, replaced a struggling Fitzpatrick during the second half. The 35-year-old quarterback posted a space passer rating of 49.8 during his outing in Chicago.

After leading the Bucs to a 2-0 start – including a win over the Super Bowl champion Philadelphia Eagles – Fitzpatrick and the Buccaneers have lost their last two games.

Now, Bucs head coach may have to go back to Winston in order to resuscitate the team’s hopes. If he does, that will likely mean we would have seen the end of “Fitzmagic” (barring injury).

If indeed this is the end for Fitzmagic, what a ride it was:

Thanks for the memories, Ryan Fitzpatrick. #Fitzmagic was a wild ride. #TBvsCHI #Bears #Buccaneers #NFL pic.twitter.com/gfRfHIqbDE

So many years, so many memories.