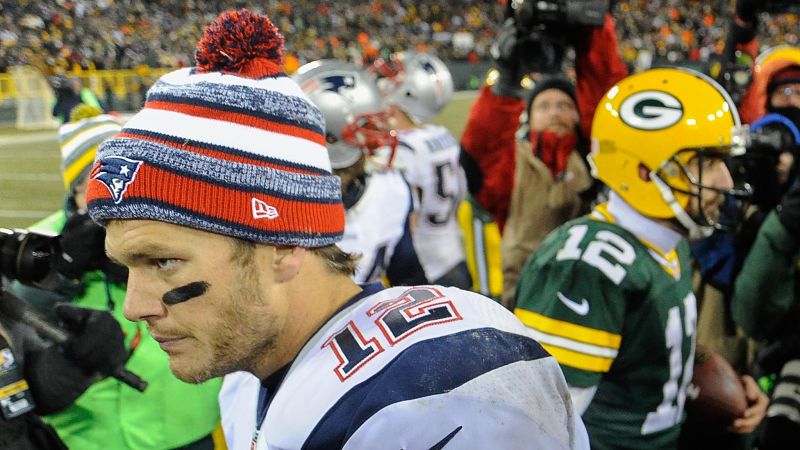 Let’s face facts. Tom Brady, who is the ripe of age of 41 years old, will never cross swords with Aaron Rodgers for the Professional Football Championship or, as you humans might say, meet in the Super Bowl.

Brady, a winner of five Super Bowls, is in the twilight-adjace of his career while playing for one of the AFC’s preeminent Super Bowl contenders.

Rodgers, perhaps the “most talented passer of the football” in NFL history has been repeatedly snakebitten by injury, teammates that fumble, lackluster coaching, and his own underwhelming performances at times during the playoffs.

Alas, here we are. This Sunday night, we will likely see the final meeting between these all-time legends. Their last meeting in 2014 should have been the first of two that season. It was a great game that featured a Packers win and some classic Brady meltdowns. However, while the Patriots showed up to Glendale, Arizona that season for Super Bowl XLIX, Green Bay decided to make alternate last-minute plans.

I’ll be here Sunday night for the first live blog of the season. The second half of the season is here. It’s time to start shedding the dead weight and leave it to the Super Bowl contenders to usher us into the home stretch of the season.