Short of losing a game to Ryan Fitzpatrick and the Tampa Bay Buccaneers in Week 2, nearly everything has gone right for defending Super Bowl MVP Nick Foles over the past year…until Sunday afternoon.

The NFL Playoffs Schedule Is Set

The postseason portion of the Road to Atlanta officially begins this Saturday when the NFL playoffs start in Houston. After being gifted a playoff berth by the Chicago Bears, can the Philadelphia Eagles become the first team since the ’03-’04 New England Patriots to repeat as Super Bowl […]

The New England Patriots and Pittsburgh Steelers entered the 2018 season as a pair of Super Bowl contenders. Fast-forwarding to present day, both teams will attempt to wipe the metaphorical egg of its face after embarrassing losses to the Dolphins and Raiders a week earlier.

The regular season finale of Thursday Night Football was simply amazing. The Los Angeles Chargers topped the Kansas City Chiefs 29-28 after scoring a touchdown with four seconds left and then deciding to go for two. 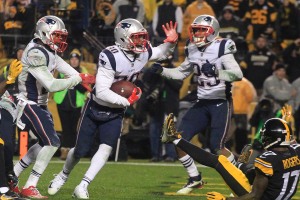 While it doesn’t quite have the sizzle of last season’s Patriots/Steelers roller coaster ride, plenty of drama will be present at Heinz Field for a matchup between a couple of AFC Super Bowl contenders (maybe, maybe not, kind of, sort of?).

A bizarre coincidence is set to take place on Sunday. Just over a year after suffering a season-ending knee injury during a game against the Los Angeles Rams, once again, Philadelphia Eagles quarterback Carson Wentz is set to miss another tilt with the Rams on Sunday. 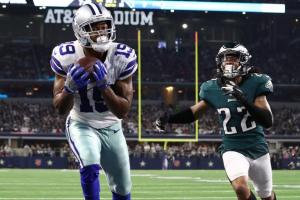 The JMRA Football Podcast reviews a hectic Week 14 that featured the Los Angeles Rams coming up very short in Chicago on Sunday Night Football; the Miami Miracle shocking the New England Patriots; and the Steelers losing to the Oakland Raiders in stunning fashion. 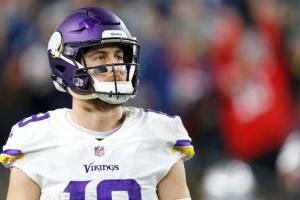 It Appears Adam Thielen Is Upset With The Kirk Cousins Experience

Seattle’s 21-7 win over the Minnesota Vikings on Monday Night Football caused quite the frustrating experience for the players in the white and purple.

The Philadelphia Eagles didn’t play well for much of Sunday’s 29-23 overtime loss to the Dallas Cowboys. Their struggles in the first half led to a 6-0 Dallas lead at halftime. 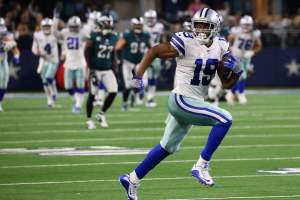 The Dallas Cowboys took a huge step in winning the NFC East on Sunday during a thrilling 29-23 overtime victory over the Philadelphia Eagles. During Sunday’s win, the newest Cowboys offensive star stepped to the forefront.