While everyone continues to freak out over how porous Super Bowl LIII was on Sunday (it was not), an interesting news story may have slipped through the cracks in the aftermath of the New England Patriots claiming a sixth Super Bowl victory. 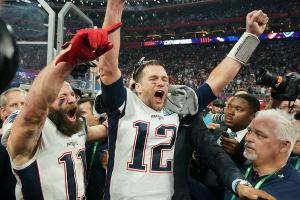 “Fear Based Organization” Does It Again: Patriots Put Rams In Sleeperhold To Win Sixth Super Bowl

One year after losing to the Philadelphia Eagles, the New England Patriots responded by utilizing their defense and timely throws by Tom Brady to win Super Bowl LIII on Sunday night over the Los Angeles Rams, 13-3.

After falling to the Philadelphia Eagles last February, the New England Patriots are back in the Super Bowl again – this time to take on coaching wunderkind Sean McVay and the Los Angeles Rams in Super Bowl LIII. LIVE BLOG TIME! 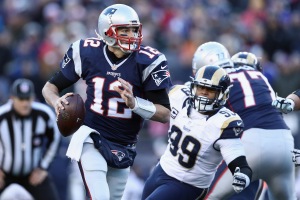 The JMRA Super Bowl Drinking Game is out and on the loose in time for Patriots and Rams on Sunday. Please party responsibly on Sunday…especially if you’re a Saints fans. It will be ok…the sun will come out tomorrow.