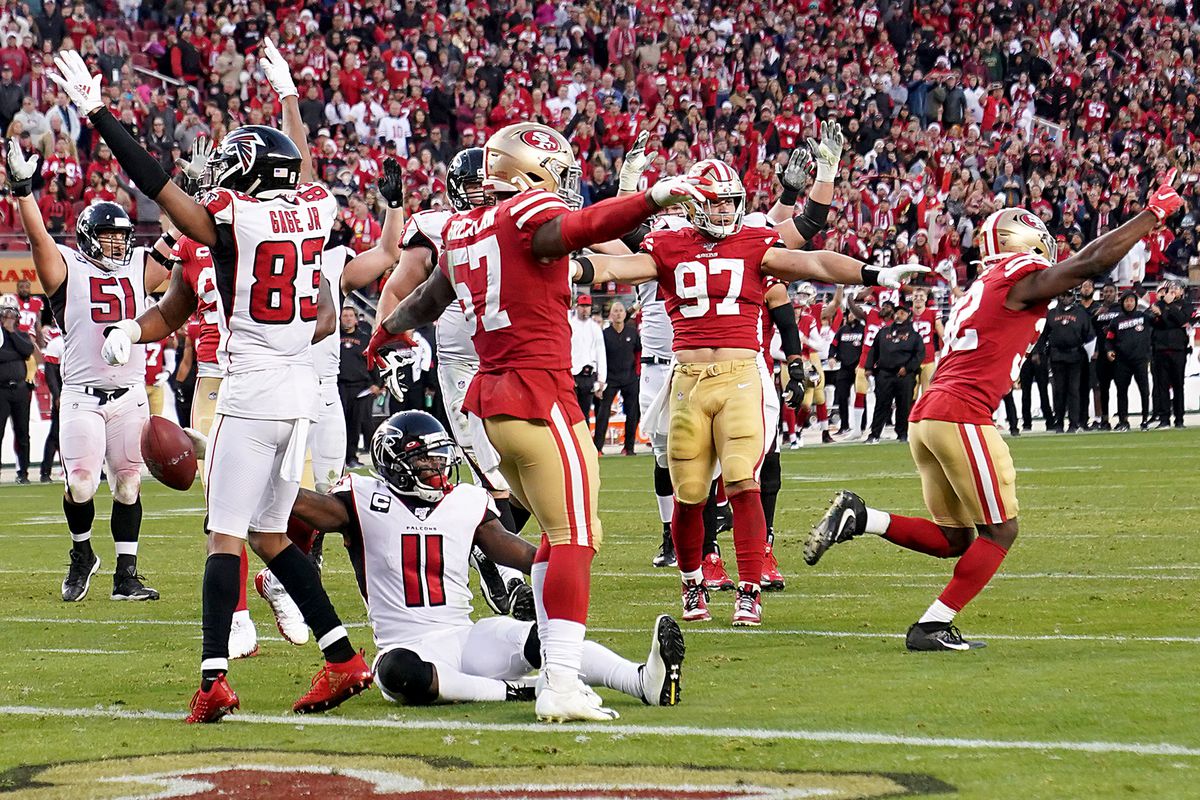 Atlanta’s Julio Jones scored on a disputed touchdown with just five seconds left that ultimately gave the Falcons a 23-22 fourth quarter lead. Originally, Jones was ruled short of the endzone (which would have ended the game) but after a booth review, it was ruled that he indeed scored.

The Falcons tacked on a fumble return for a score moments later but the damage had been done. Atlanta quarterback Matt Ryan triumphed over his former Falcons offensive coordinator and now 49ers head coach Kyle Shanahan by leading his team on a game-winning 10-play, 70-yard drive.

Injuries, a missed extra point, and flat play overall from the 49ers contributed to the 5-9 Falcons pulling one of the seasons biggest upsets.

Despite the loss, the 49ers clinched a playoff berth thanks to Dallas eviscerating the Rams 44-21 on Sunday.

Now, the 11-3 49ers drop back to the fifth spot in the NFC while Seattle regains the division lead with two games left in the regular season. While Seattle is the NFC’s top seed, their grasp on that is potentially temporary. They need to win out to grab the #1 seed.

San Francisco faces the Los Angeles Rams in a “gotta have it” game next Saturday night. They must win the final two games in all likelihood to gain a bye and home-field advantage throughout the NFC playoffs.