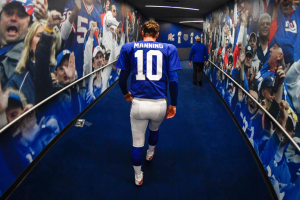 After a 16-year career, New York Giants quarterback and funnyman Eli Manning will announce his retirement from the NFL on Friday.

Joe Montana will be heading to Miami next week for Super Bowl LIV, which will feature the two teams that he played for during his illustrious NFL career.

Super Bowl LIV could be one of the biggest shootouts in Super Bowl history when the San Francisco 49ers and Kansas City Chiefs on Sunday, February 2. Nonetheless, oddsmakers have already spoken regarding the betting odds for Super Sunday.

One of the early candidates to be a star during Super Bowl week is San Francisco 49ers tight end George Kittle. He already began to get into Super Bowl form after San Francisco’s victory over Green Bay for the NFC Championship on Sunday.

The San Francisco 49ers scored 37 points in a November win against Green Bay and on Sunday, they hit the magic number again. Behind a franchise-record 220 yards rushing from Raheem Mostert, the 49ers took down the Packers 37-20 in the NFC Championship Game on Sunday.

Finally, The Kansas City Chiefs Are Headed Back To The Super Bowl

After numerous postseason meltdowns at home, with the latest being last year’s AFC Championship loss to the New England Patriots, the Kansas City Chiefs are headed to the Super Bowl for the first time since the 1969 season. Kansas City overcame two 10-point deficits to defeat the Tennessee […] 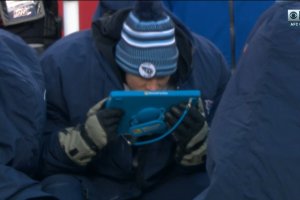 Ryan Tannehill Used His Nose To Swipe Through On A Tablet

During the third quarter of the AFC Championship Game, Ryan Tannehill headed back to the bench after taking a big hit from Kansas City Chiefs safety Dan Sorensen.