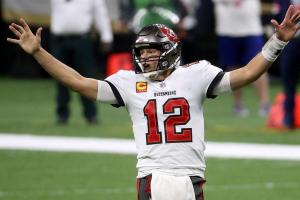 When we last saw the Tampa Bay Buccaneers and New Orleans Saints play, the latter coasted to a 35-point win and staged a controversial postgame dance party. The music and dancing stopped abruptly on Sunday as the Buccaneers are headed to the NFC Championship Game after defeating the […]

Without a normal preseason and preseason, the 101st NFL season got underway Sunday missing perhaps its most important piece…the fans. However, that didn’t stop Week 1 from cranking some very notable moments. 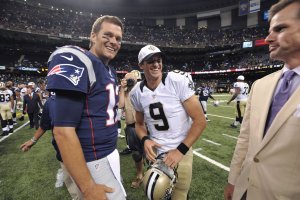 Every football fan is eagerly wondering and trying to work out which is the best matchup. It doesn’t matter if you’re hoping to do some betting on football in the United States or if you’re just enjoying the buzz that always surrounds Super Bowl; each of the potential matches […] 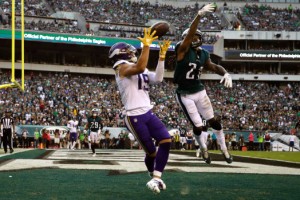 Derek Jones analyzes Week 5 action including a look at who is the cream of the NFL’s crop so far (HINT: It’s not a surprise).

The NFL regular season is finally here! Derek Jones brings you another edition of The JMRA Football Podcast to recap the first Sunday of the 99th NFL season.

The Week 8 rundown features a look at Sunday’s wild Giants/Saints game; why Packers fans should be concerned after getting a beatdown from the Broncos; and the latest news on Le’Veon Bell’s injury.

Tied at 24-24 with seconds remaining (and soon after Colin Kaepernick saved the 49ers’ bacon moments earlier), Jimmy Graham hauled in a Drew Brees hail mary attempt and appeared to have scored a game-winning touchdown that would have saddled San Francisco with a 4-5 record.