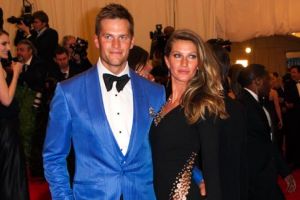 Several weeks ago, rumors of trouble in the marriage of Tom Brady and Gisele Bundchen surfaced during the dogs days of the Deflategate controversy.

The NFLPA released Tom Brady’s testimony from the June appeal of his four-game suspension in the Deflategate case on Tuesday. Also, Brady’s legal team submitted personal e-mails from the three-time Super Bowl MVP that ranged from the most boring things you’ve ever read to comical.

Tom Brady Gets Buried In Sand At Beach By His Kids

As per usual, it’s great to be Tom Brady. However, this offseason it is remarkably great to be TB12. Nearly two months removed from leading the New England Patriots to another Super Bowl victory, Brady is living it up on a family vacation. 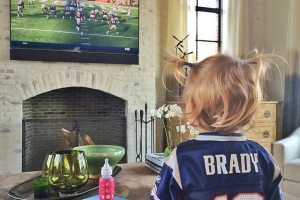 Tom Brady’s Daughter Looks On As Dad Rolls Over Lions

Gisele Bundchen posted a great photo of her daughter Vivian on Sunday while the Patriots wearing the jersey of her favorite New England Patriot. Little Vivian watched on from home as her father worked over the Detroit Lions to the tune of 349 yards and two touchdown passes […]

Gisele Bundchen and Tom Brady were on hand in Brazil on Sunday for the 2014 World Cup finale that saw Germany top Argentina 1-0.

A little political strife has opened the door for Gisele Bundchen to present the 2014 World Cup trophy to the winning country on July 13. Traditionally, the head of state of the host country typically awards the trophy to the winner. However, Brazil President Dilma Rouseff is under […]

While attending a party for celebrity hairstylist Harry Josh last weekend, Patriots quarterback Tom Brady sported a different look with wife Gisele Bundchen by his side. Brady rolled into the party with a blonde faux hawk and bright red pants. 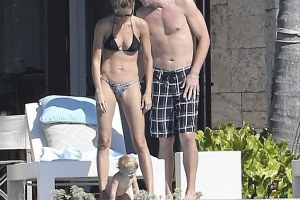 Tom Brady Is Not Watching The Super Bowl…For Good Reason.

Tom Brady made some news last week after the Patriots fell to the Denver Broncos in the AFC title game when he told WEEI Radio in Boston that he would not watch the Super Bowl. It appears a part of Brady’s reasoning for his decision could be his […] 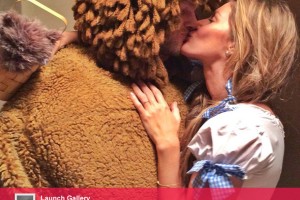 Tom Brady & Gisele Head Off To See The Wizard

Mr. and Mrs. Tom Brady made an appearance at the New England Patriots Halloween party on Tuesday night as the two characters from the legendary 1939 film, The Wizard of Oz. TB12 opted for a run as the Cowardly Lion; while Gisele out-Dorothy’d Dorothy.