The living has been real easy for Philadelphia Eagles defensive end Chris Long over the past two years…until tonight.

The most famous alum in University of Northern Iowa history is the electrifying Kurt Warner. 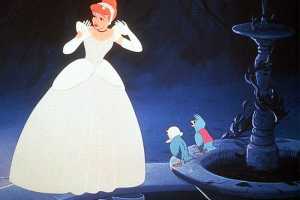 While sifting the wreckage of your NCAA tournament office pool, take some time out to peep these links.

Until the NFL Lockout ends, we will bring you random daily items in an effort to improve your life, raise general awareness, or to provide further distraction from such ominous terms as “collective bargaining agreement”, “federal mediator”, or “18-game season”.

Gus Johnson was on fire last night/early morning during the Xavier-Kansas State double overtime thriller. While it’s not on par with the epic UCLA-Gonzaga finish, it was the quite the battle. Sit and back enjoy the calls of the great Gus Johnson. BAMMMMM!!!!!!

Video of the Day: Mr. Rainmaker

What happens when a bench player on the Ohio State Buckeyes’ basketball team meets an 80s hair band? You Tube gold my friends. Mark Titus of Club Trillion fame sets out to prove his naysayers wrong.

Gus Johnson: The Soundtrack of Your Life

Someone decided it was a good idea to put together a Gus Johnson soundboard site and what a grand idea it was. The board features several of Gus’ trademark calls but is probably best used when one keeps clicking on random words.

Kurt Warner Wins Even In Retirement