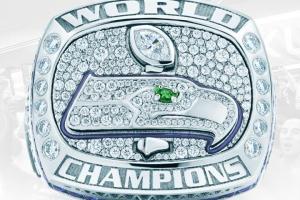 It’s been a trying week for the Denver Broncos. They were “embarrassed” in Super Bowl XLVIII by the Seattle Seahawks, 43-8, last Sunday in MetLife Stadium.

Marshawn Lynch was a man of few words during Super Bowl week but when the Seahawks celebrated the franchise’s first Vince Lombardi Trophy on Wednesday, he was again just ’bout that action, boss. During the team’s parade, Lynch sat atop a vehicle and threw Skittles into the crowd.

Days after Seattle claimed its first Super Bowl and Richard Sherman proclaimed the NFC title game as the real Super Bowl, a 49er fan is presenting evidence to suggest that the NFC title game was fixed. The 15-minute video makes several observations based on bad calls and time […] 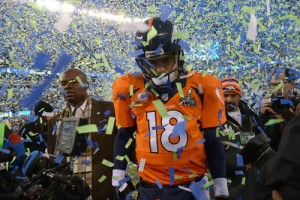 Sorry Folks, Peyton Manning Is Not The Greatest Quarterback Of All-Time

As the confetti got swept off of MetLife Stadium late Sunday night, two concepts revolving around Super Bowl XLVIII became extremely clear: First, the Seattle Seahawks put together one of the greatest team efforts in Super Bowl history. They were better than the Denver Broncos in every aspect […] 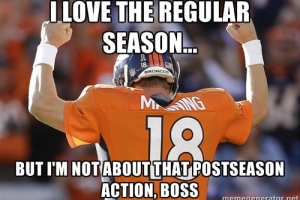 Truthfully, today is for the Seattle Seahawks and not to bemoan the legacy of Peyton Manning. Trust me, there will be plenty of that nonsense on the site this week as we are able to put Super Bowl XLVIII in better perspective over the next few days and […]

Football fans everywhere, I want to read that headline over about 20 times and imagine the potential unadulterated debauchery during the Super Bowl XLIX Halftime Show in Glendale, Arizona in February 2015. According to an ongoing poll by Billboard.com conducted during the aftermath of the Bruno Mars Super […]

The Seattle Radio Call Of The Percy Harvin Kick Return Is About That Action, Boss

Percy Harvin essentially ended Super Bowl XLVIII by returning the second half kickoff 87 yards for a touchdown to put Seattle up 29-0 in the third quarter. Harvin’s return to the field was huge for Seattle. He racked up 137 total yards and managed to be Seattle leading […] 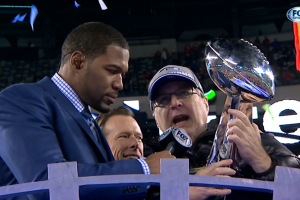 The Seattle Seahawks put together one of the greatest team performances in Super Bowl history on Sunday night and crushed the Denver Broncos, 43-8. Behind a defense that forced four turnovers, Seattle harassed Peyton Manning and the record-setting Denver offense and managed to hold the Broncos scoreless until […]