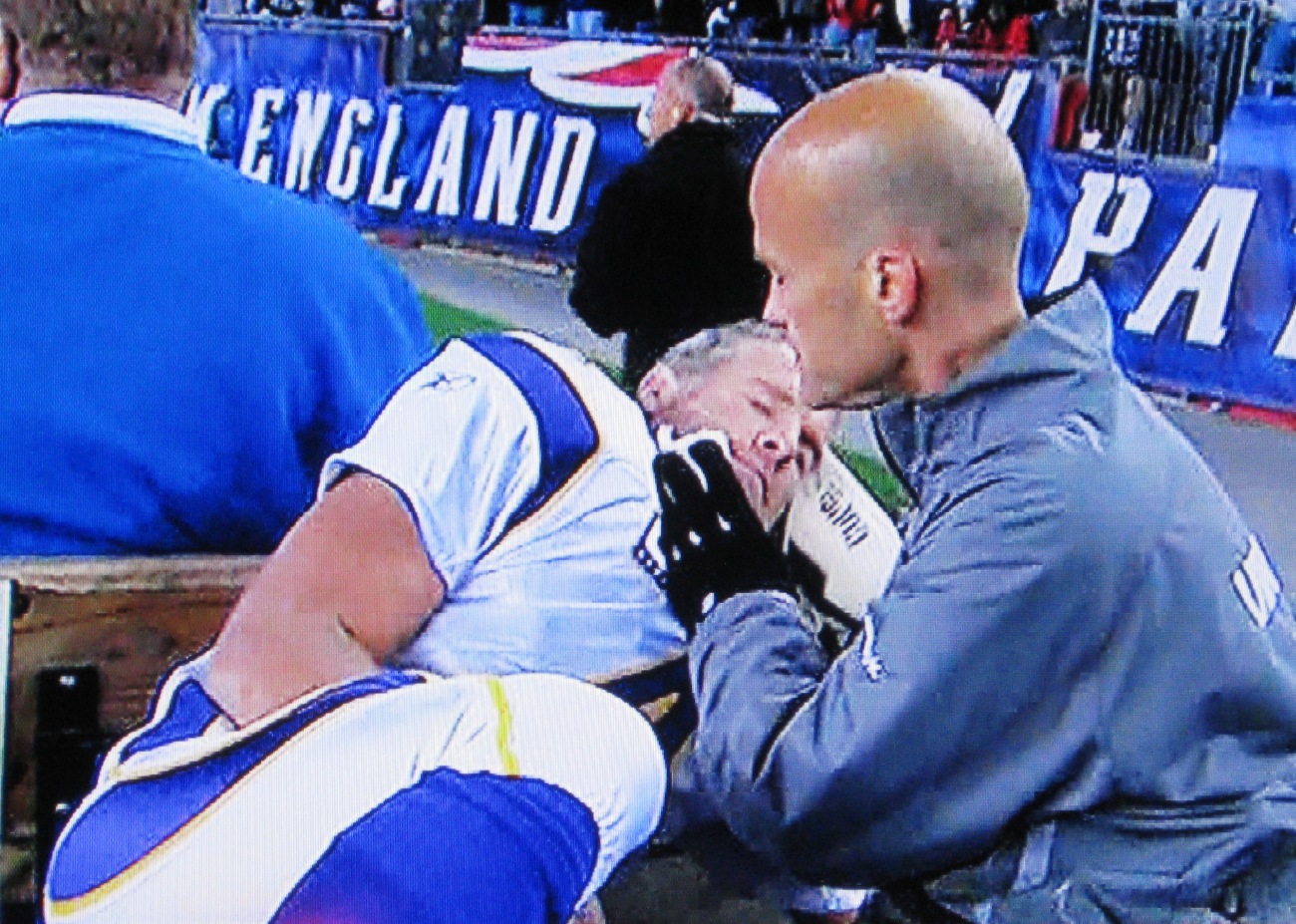 As one can tell by this picture, it was a long day for Brett Favre and the Minnesota Vikings.

No, he did not suffer a fractured rib or shoulder injury as this picture might suggest. Instead, he was knocked woozy by the Patriots defense and suffered the indignity of a cut chin in the process.

Favre, who received the starting nod today, finished the contest a respectable 22 of 32 for 259 yards and with an interception.

Vikings receiver Randy Moss made his return to Foxborough for the first time since being traded earlier in the season back to Minnesota. However, it was an extremely unproductive day for the former Patriot. He caught only one pass for eight yards.

Tom Brady threw for 240 yards and a score; while running back BenJarvis Green-Ellis ran for 112 yards and scored twice.

Minnesota and its traveling circus returns home next week to face Arizona.