Arian Foster Ratifies His Own CBA

Perhaps growing frustrated at the latest labor mess on Thursday or maybe just out of sheer boredom, Houston Texans star running back Arian Foster decided to put his John Hancock on a fictional version of a collective bargaining agreement. As you can see, this deal doesn’t have a […]

http://twitter.com/#!/HeathEvans/status/94205470344085504 Celebrations began on social media platforms once word arrived that NFL owners ratified a proposal to end the lockout. The 31-0 vote placed the pressure on the players’ side to review the proposal and potentially vote on it at some point. Alas, once the players agreed we’d […]

Once again, it’s time to revisit the vastly underrated 1989 season. A few weeks ago, we examined the absurd Gary Reasons hit during a Giants/Broncos tilt, which ultimately helped New York grab the NFC East title away from the Eagles.

Never one to mince words, New York Jets linebacker Bart Scott says the possible disappearance of two-a-day practices in NFL training camps is a sign that the league is “wimping out” and that it would potentially make football “soft.” His comments stem from word that the league is […] 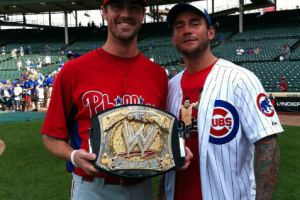 A day after CM Punk won the WWE title on Sunday night, he did what any other Chicago native would do following such an accomplishment; he took his talents to Wrigley Field. As luck would have it, so did the Phillies. 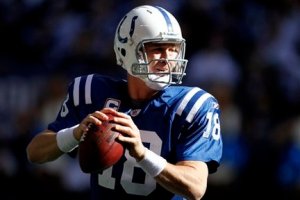 A new Harris Poll revealed that Peyton Manning is considered the second most popular athlete in America. While New York Yankees shortstop Derek Jeter unseated Los Angeles Lakers legend Kobe Bryant for the top spot, it’s Manning who leads the NFL pack. The Indianapolis Colt was one of […]

Santana Moss Is Ready To Celebrate At A Strip Club

So you’re going to the strip club with Santana Moss, yes? Editor’s Note: Moss will be a free agent and is not likely to be in a camp when players report this weekend according to that bastion of journalistic integrity, Jeremy Shockey. 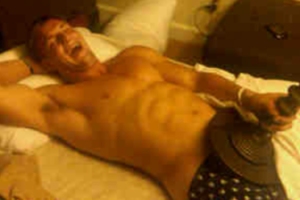 When the lockout ends at some point in the next week, don’t be surprised if New England Patriots tight end Rob Gronkowski receives a talking to from Bill Belichick and his front office cohorts.

During last night’s Dodgers/Giants contest in San Francisco, Joe Montana was seated near the Los Angeles dugout and began to strike up a conversation with centerfielder Matt Kemp. Moments earlier, Kemp made an impressive catch while robbing San Fran’s Andres Torres of a hit.

CM Punk Puts The WWE Title In His Refrigerator