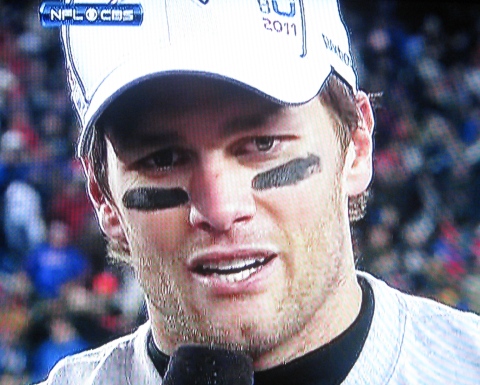 Days away from reporting to training camp in Foxborough, Massachusetts, Tom Brady spent his final vacation days doing what any NFL quarterback married to a supermodel would do – go cliff diving in Costa Rica.

TMZ posted pictures of Brady’s cliff diving efforts on July 16 in Costa Rica. While the TMZ story made it sound like Brady took a dive off a 5,000 foot cliff, it appears America’s quarterback opted for a safer jump.

Whether the jump was a foot or 10,000 feet, it may not exactly delight Bill Belichick that his franchise thought hanging out on cliffs was a great idea:

That jump isn’t going to remind anyone of Jimmy Snuka’s dive on Don Muraco in Madison Square Garden in 1983 but I’d prefer not to see my franchise quarterback, who raked in over $22 million last year, playing cliff diver if I’m a Patriots fan.

If there’s an injury next time, I’ll openly petition for him to divorce Gisele and marry Katie Holmes.