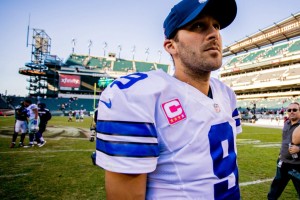 The Dallas Cowboys have been appointment television over the last month and following yesterday’s 24-23 win at Washington, it appeared the ‘Boys would enter another Week 17 battle with an opportunity to win the NFC East under the guidance of Tony Romo. Today, news broke that Romo will […]

Whoops, There It Is: Lions Fans Receive Playoff Tickets

Already angry at the Lions going belly up over the last quarter of the season including yesterday’s 23-20 overtime loss to the Giants, some fans in the Motown city were greeted with a rude reminder of Detroit’s failings this season.

Originally posted on For The Win:
(USA TODAY Sports Images) Say it ain’t so, Joe. The most beloved player in San Francisco 49ers history won’t be at Candlestick Park on Monday night for the final regular season game at the team’s longtime home. Montana, who won four Super…