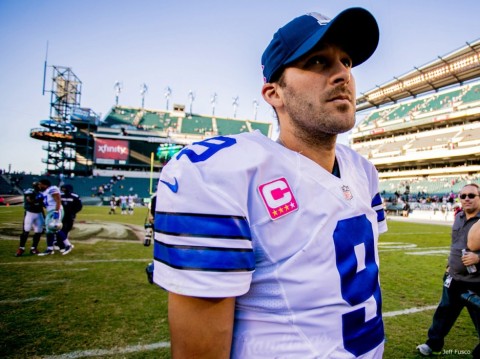 The Dallas Cowboys have been appointment television over the last month and following yesterday’s 24-23 win at Washington, it appeared the ‘Boys would enter another Week 17 battle with an opportunity to win the NFC East under the guidance of Tony Romo.

Today, news broke that Romo will likely miss the remainder of the season with a back injury that is traced to a herniated disk.

Of course, on paper this opens the door for the Philadelphia Eagles to win the NFC East after starting the season 3-4.

Orton will be given little chance to beat the Eagles. Already, the Vegas line, which was originally set at 3 in favor of Philly, jumped to 7 1/2 points following the news of Romo’s injury.

Naturally upon hearing about Romo’s injury, Eagles fans were happy:

Throughout their history, the Eagles have lost to lesser quarterbacks than Orton.

Alas, this is no gimme on Sunday for Philly.