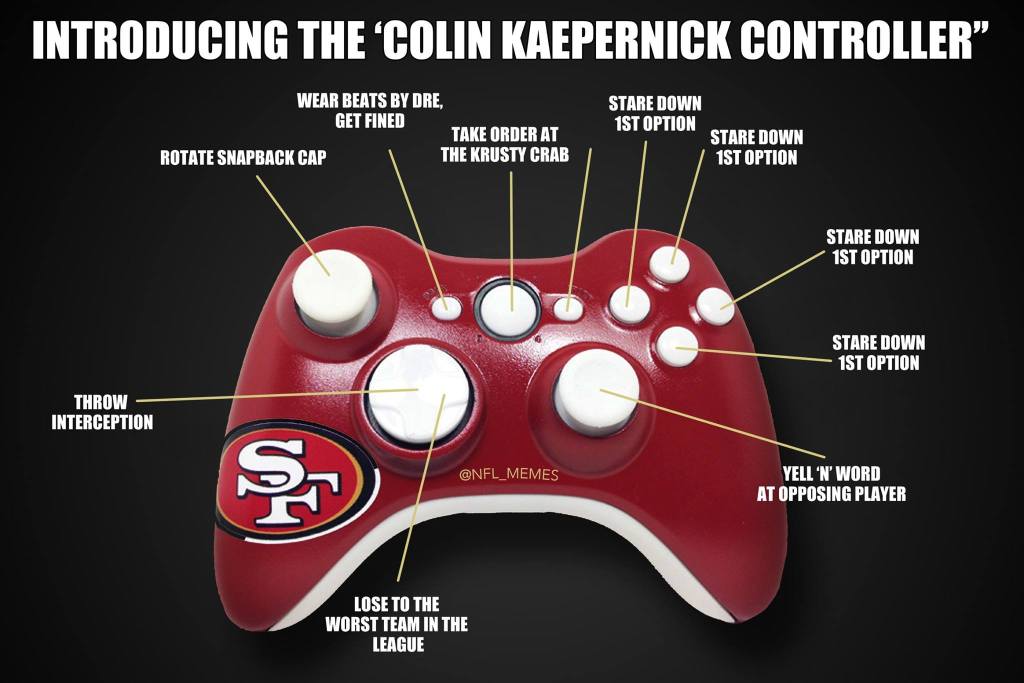 The San Francisco 49ers laid an egg in Oakland yesterday at the worst possible time in a brutal 24-13 loss to the 2-11 Raiders.

With rumors bouncing around about their head coach’s future and the team’s play sharply trending downward, trouble is lurking for a team that was just a play away from heading back to the Super Bowl last season.

No one player symbolizes, San Francisco’s decline like quarterback Colin Kaepernick. The embattled 49er labored again on Sunday and finished 18 of 33 for 174 yards with a touchdown and two interceptions.

Overall, San Francisco offense has scored 20 points or more just once in the last seven games. Such offensive futility and Kaepernick’s latest debacle on Sunday led to NFL Memes churning a video-game controller in honor of his lackluster play.