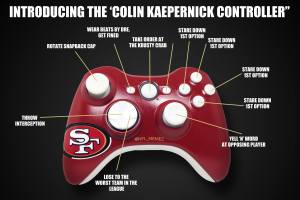 The San Francisco 49ers laid an egg in Oakland yesterday at the worst possible time in a brutal 24-13 loss to the 2-11 Raiders. Now at 7-6, the 49ers are two games out of a wild card spot with three games left to play and three games out […]

J.J. Watt is now in the business of catching touchdown passes. Watt caught a one-yard touchdown pass from Texans quarterback Ryan Fitzpatrick during Houston’s meeting against the Oakland Raiders after starting the play lined up as a tight end.

Raiders Nation Is Ready For The Debut Of Manti Te’o

When the Oakland Raiders host the San Diego Chargers on Sunday night, America will get its first glimpse of controversial rookie linebacker Manti Te’o, who debuts tonight after being sidelined with an injury. Don’t worry America.

Here is one sign that the Oakland Raiders are no longer the OAKLAND RAIDERS. Darren Rovell tweeted a picture of Oakland’s new mascot on Sunday, which is likely to scare young children everywhere. Known as the “Raider Rusher,” this creepy looking thing isn’t going invoke memories of Jack Tatum […]

John Fetkovich, a physics professor at Carnegie Mellon University in Pittsburgh, is living proof that individuals will go to any length to prove theories to be true. During Wednesday night’s A Football Life on NFL Network about the famous Immaculate Reception play from the 1972 AFC Divisional playoff game between […] 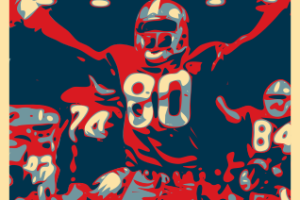 The JMRA Hall of Fame Class of 2012 inductions begin with the G.O.A.T. 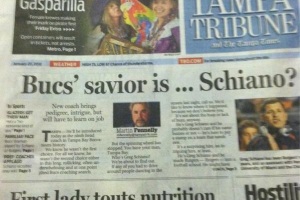 All of the NFL head coaching vacancies are filled after Tampa Bay surprisingly tapped Greg Schiano of Rutgers as their new boss.