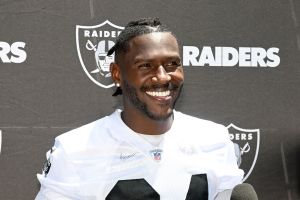 The 2019 NFL season is right around the corner and it appears one of the NFL’s biggest stars may…or may not be a participant when the Oakland Raiders begin play on Sunday, September 8.

The most controversial feet in recent NFL memory were on display Tuesday night during HBO’s Hard Knocks featuring the Oakland Raiders.

If The Playoffs Started Today: The Andrew Luck Is Mangled Edition

Word came out of Indianapolis on Tuesday that quarterback Andrew Luck will miss between two to six weeks with an assortment of injuries including a lacerated kidney (ouch) and a partial abdominal tear (double ouch). Matt Hasselbeck will take the reigns once again for the injured Luck. 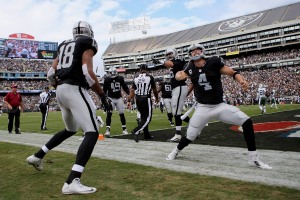 If The Playoffs Started Today: The Raiders Might Be For Real Edition

As Pittsburgh’s once vaunted offense crumbles under the pressure of injuries, a new contender has emerged in the playoff picture.

The San Francisco 49ers laid an egg in Oakland yesterday at the worst possible time in a brutal 24-13 loss to the 2-11 Raiders. Now at 7-6, the 49ers are two games out of a wild card spot with three games left to play and three games out […]

Here is one sign that the Oakland Raiders are no longer the OAKLAND RAIDERS. Darren Rovell tweeted a picture of Oakland’s new mascot on Sunday, which is likely to scare young children everywhere. Known as the “Raider Rusher,” this creepy looking thing isn’t going invoke memories of Jack Tatum […] 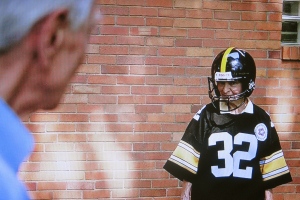 John Fetkovich, a physics professor at Carnegie Mellon University in Pittsburgh, is living proof that individuals will go to any length to prove theories to be true. During Wednesday night’s A Football Life on NFL Network about the famous Immaculate Reception play from the 1972 AFC Divisional playoff game between […]

The ongoing soap opera “As Tim Tebow Turns” continued on Sunday as the Broncos erased a 10-point halftime deficit to defeat Oakland, 38-24. Tebow carried 12 times for 118 yards and also tossed two touchdown passes but it was Denver’s rushing attack that crushed the 4-4 Raiders.