May 11, 2015 will be a day that lives in infamy for New England Patriots fans due to the four-game suspension of future Hall of Fame quarterback Tom Brady. Alas, folks are looking to cash-in on Brady’s misfortune already. 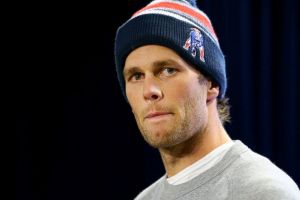 Super Bowl XLIX MVP Tom Brady will be suspended for the first four games of the 2015 NFL season for his role in the New England Patriots deflating footballs prior to the AFC Championship contest versus the Indianapolis Colts. Also, the NFL took away New England’s first-round pick […]