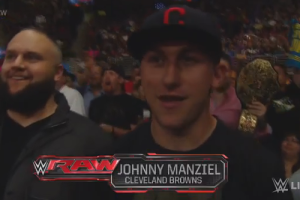 One night before the Cleveland Cavaliers attempt to keep their season alive at home in the NBA Finals against the Golden State Warriors, WWE’s Monday Night Raw emanated from Cleveland amidst rabid fans at the Quicken Loans Arena. Raw opened with WWE World Heavyweight Champion Seth Rollins crowing […]